BLAIRSVILLE, Ga – Union County Schools (UCS) instituted a mask mandate at the beginning of the year to slow the spread of COVID-19. Now some are wondering if it’s time to remove the measure.

After Christmas, UCS experienced a dangerous spike in cases that almost resulted in the school closing, and after starting the mask mandate, numbers came down. Previously, the school just recommended face coverings for students.

Every time UCS went on break, they saw a spike in COVID-19 cases upon returning. At the meeting in January, board member Julia Barnett discussed how schools are a controlled environment, and it’s easier to contract trace when children are in school. The contained environment limits exposure to unknown elements and potential virus carriers.

However, some parents want to end the mandate, even starting a Facebook group on the issue. Superintendent John Hill referred to those criticizing him on social media as his “fan club.” He made it clear he’s there to take care of the students and staff at UCS. 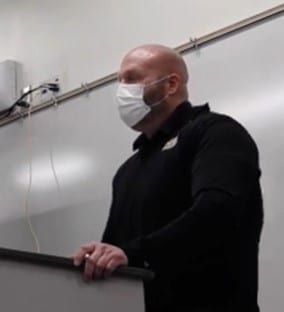 The majority of UCS leadership supported continuing the mandate because no one can predict the future. The school must consider its immunocompromised faculty and students.

“It’s obvious what we’ve done is working,” High School Principal C.T. Hussion stated. “I know people don’t like to wear them. I don’t…but it works.”

“One I was really, really concerned about and ended up in the hospital down in Atlanta and thankfully came back still hasn’t made it back full time,” Bavero explained. “If what we all have to deal with for the next 60 odd days is [wearing a mask], I think we’ll all be better for it.”

According to the data, UCS possessed a relatively flat curve compared to Pioneer RESA and state data; it’s faring better than other school districts. Assistant Superintendent Dr. David Murphy thought Union County was the only school system in Pioneer RESA with a mandate. 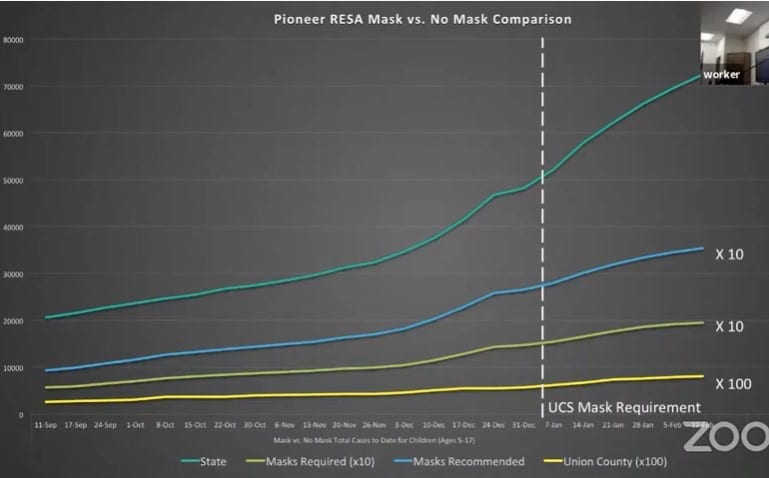 Union County’s the yellow line, and it’s significantly lower than the state and Pioneer RESA lines.

“Us compared to other school districts, we’ve made it further than anyone had expected and to see how successful we have been at this point, with no more information that’s out there. I wouldn’t want to change anything now,” Board member Keith Potts commented.

Board member Jana Akins wanted to know how many kids were out of school because of the face covering requirement. Hill explained that they didn’t know. In January, they allowed students to participate in online and in person learning without having to choose. A child could be in person one day and online the next, depending on preference.

Now that the COVID-19 cases are under control, UCS’s returning to an in person or online only policy at the beginning of the next nine weeks. Parents must decide by Friday, February 19 at 7 p.m. They can find the form on the school’s website.

One board member played “devil’s advocate” concerning the mandate, Chair Tony Hunter, who views the science as incomplete, and they’re “stumbling through as best [they can].”

He was adamant that immunocompromised teachers have his full support in asking students and others to wear masks in their presence.

Hunter’s hesitant to recommend a mandate with so many unknowns.

“I don’t like being told what I can or can’t do in the land of the free and home of the brave,” Hunter commented.

When discussing why he chooses to wear a mask in public, he explained, “I would hate to know I have a hand in the demise of anyone.” 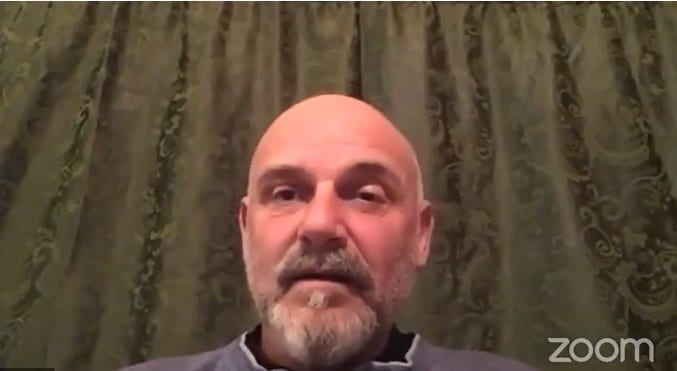 Hunter presented the idea of allowing teachers to decide if they wanted students to wear a mask during classes or not. He added that giving children a choice provides UCS with a chance to teach them compassion.

A bus driver stated the mask issue appeared to come from the parents, not the children. In his experience, the students didn’t complain about wearing a mask and cared about protecting others. He once explained to a little girl why she needed to wear one, and now she wears it every day.

Barnett spoke out, “I wish what Tony [Hunter] was saying could work, but I think it’s very confusing for students.”

Assistant Superintendent Paula Davenport offered that the face covering mandate helps to prepare students for the workplace. Most businesses require employees to wear a mask, and if the school doesn’t, it presents a possible “double standard.”

Everyone agreed upon the difficulty of the issue. Hunter stated, “let’s keep things as is,” but “to mandate things takes freedom away from an American citizen.”

He also asked everyone to call their state representative and inquire about moving teachers and faculty to the frontline worker list. Currently, teachers don’t qualify for Phase 1A+ vaccine distribution. A facility in Elberton lost its vaccine eligibility for providing a teacher with a vaccine. Teachers will be included in the next phase.

At the primary school, the students have mask breaks. School leadership and the board are considering how to incorporate mask-free time at all schools.

Board member Patrick White wanted teachers to check on children with glasses and make sure they can accomplish their work.

At the end of the discussion, Superintendent Hill asked the principals to go back to their teachers and discuss face coverings before making a decision.