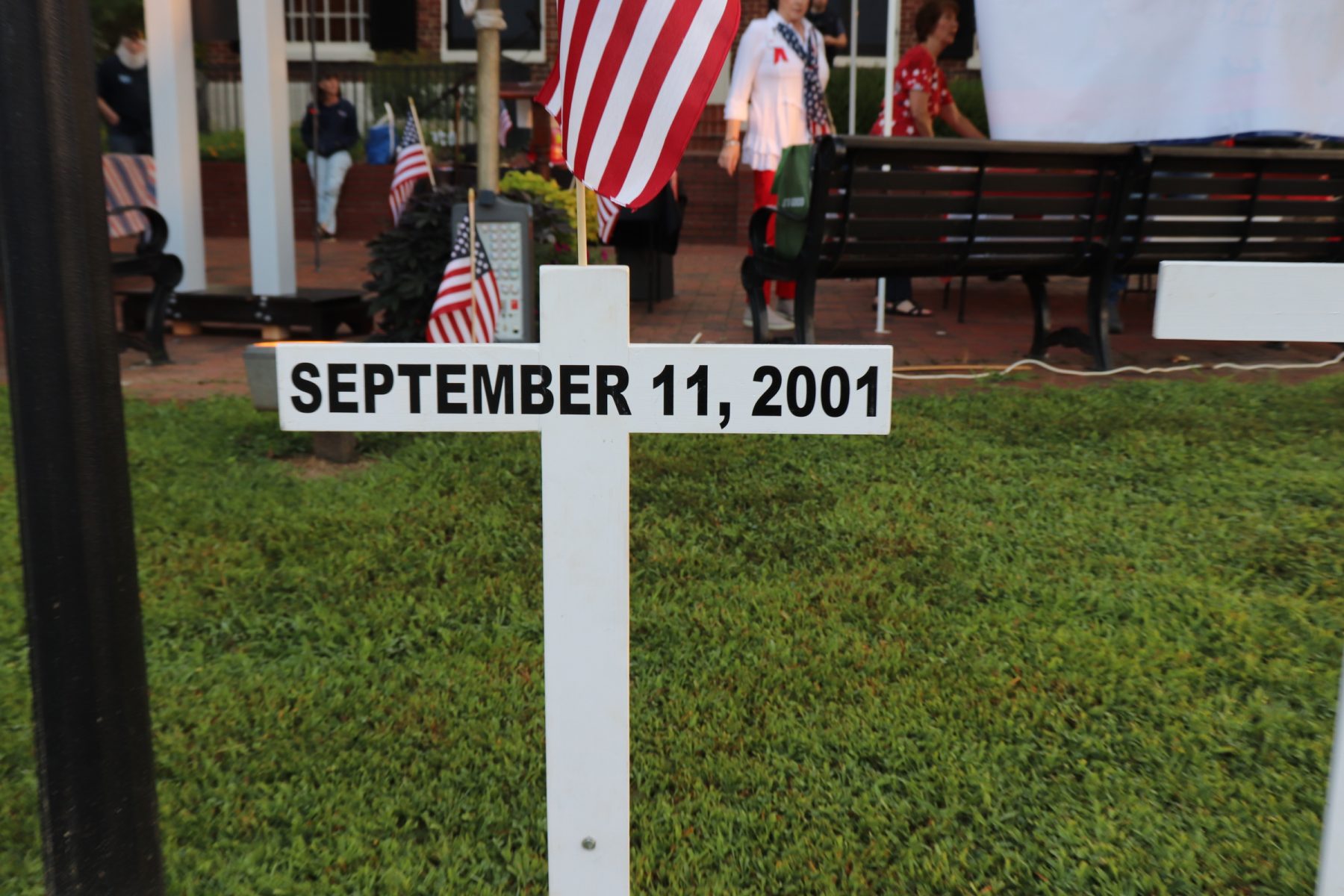 A cross on display to represent the people who lost their lives. 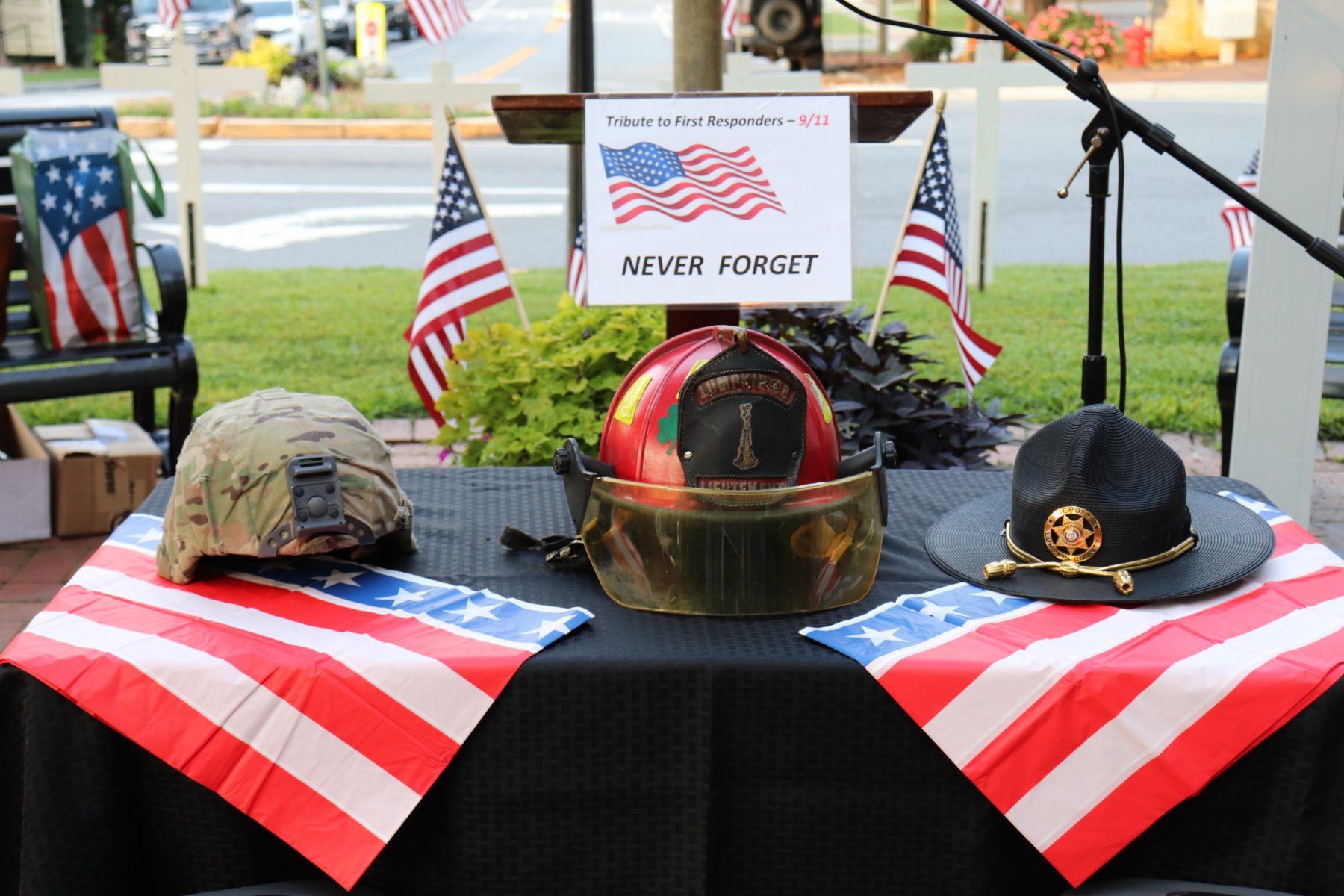 A display of first responders memorabilia in front of the podium at the event. 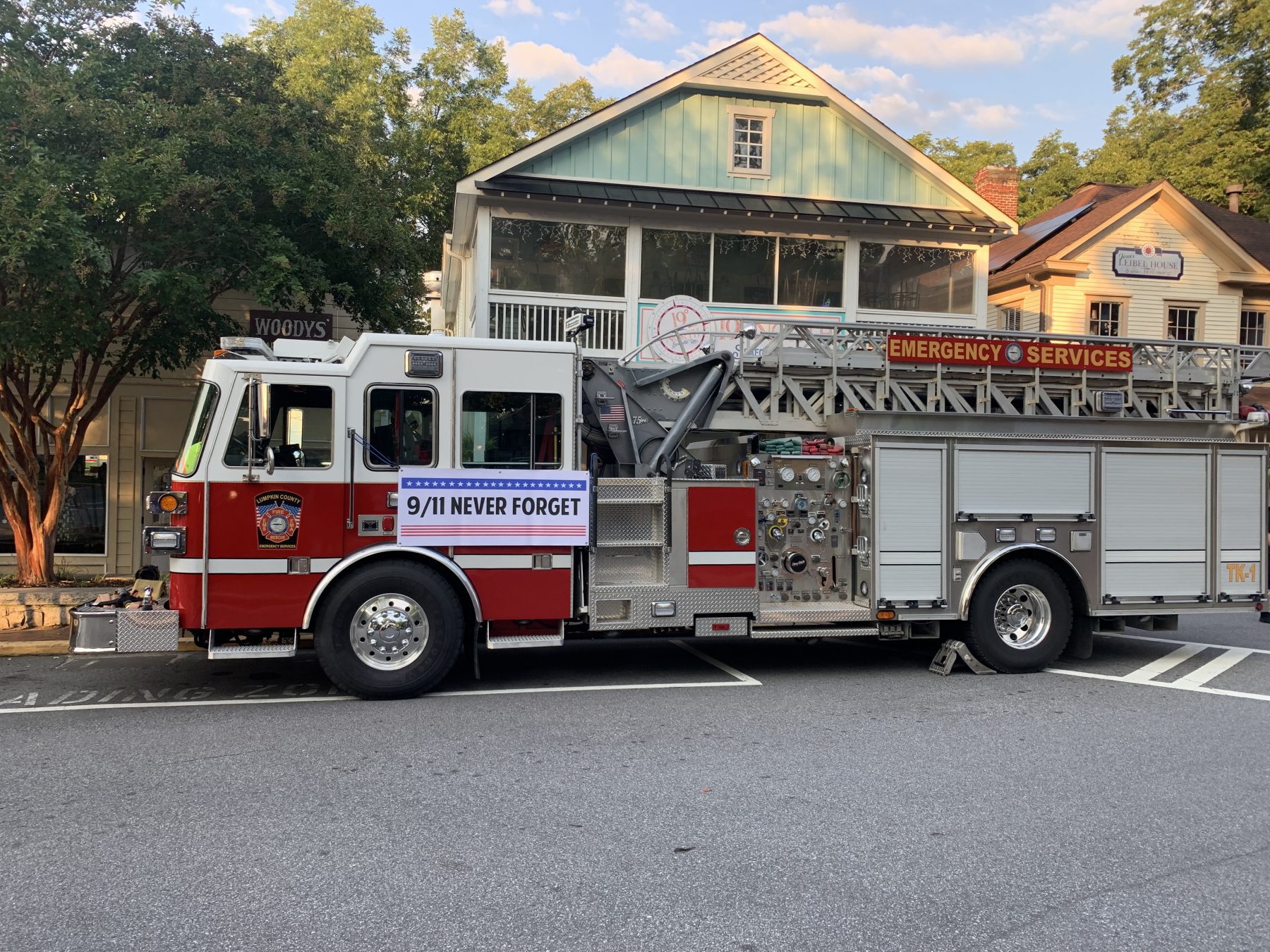 A Firetruck was Parked on the Square as a part of the event. 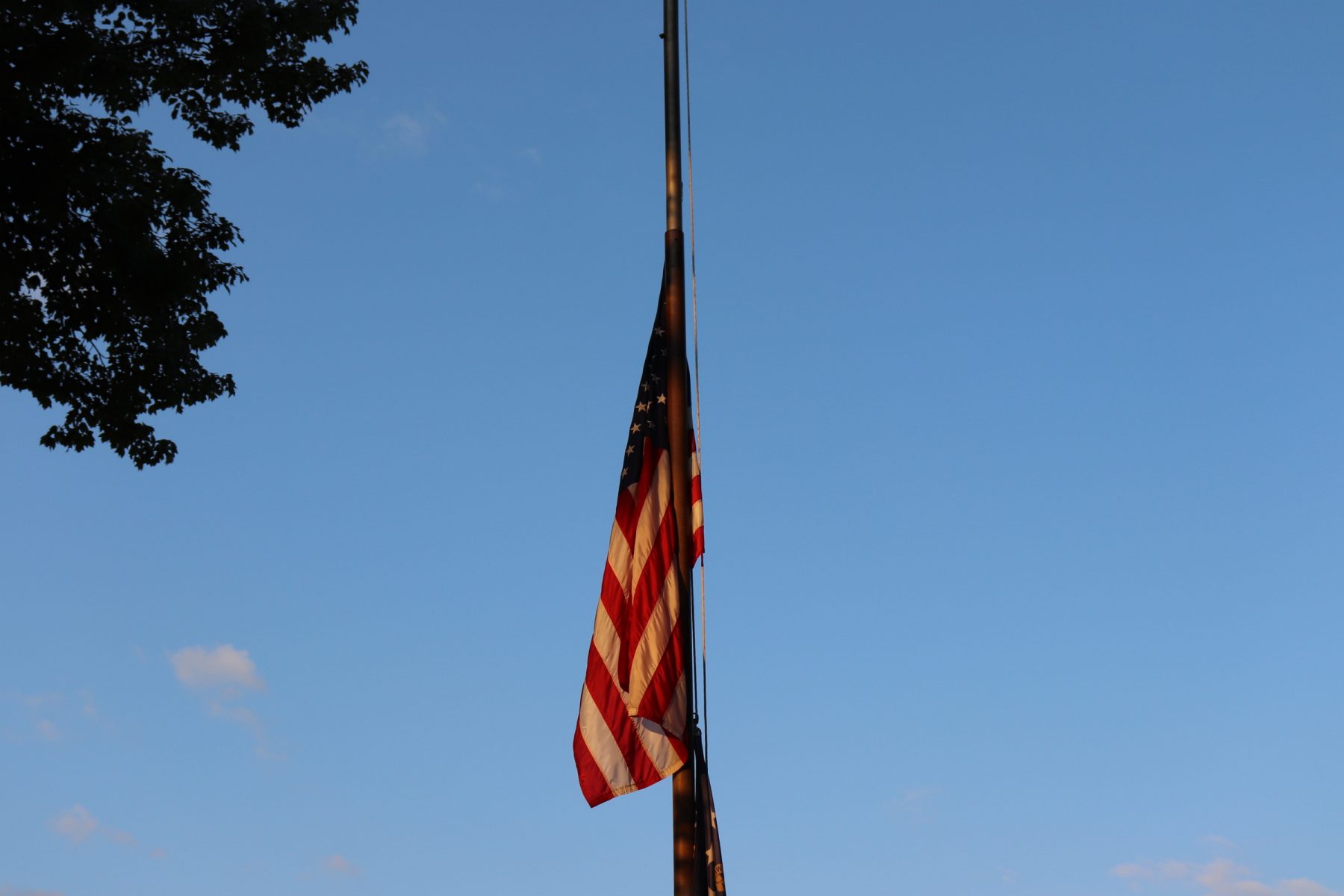 The American Flag that Hangs on Main Street in Dahlonega, Ga. 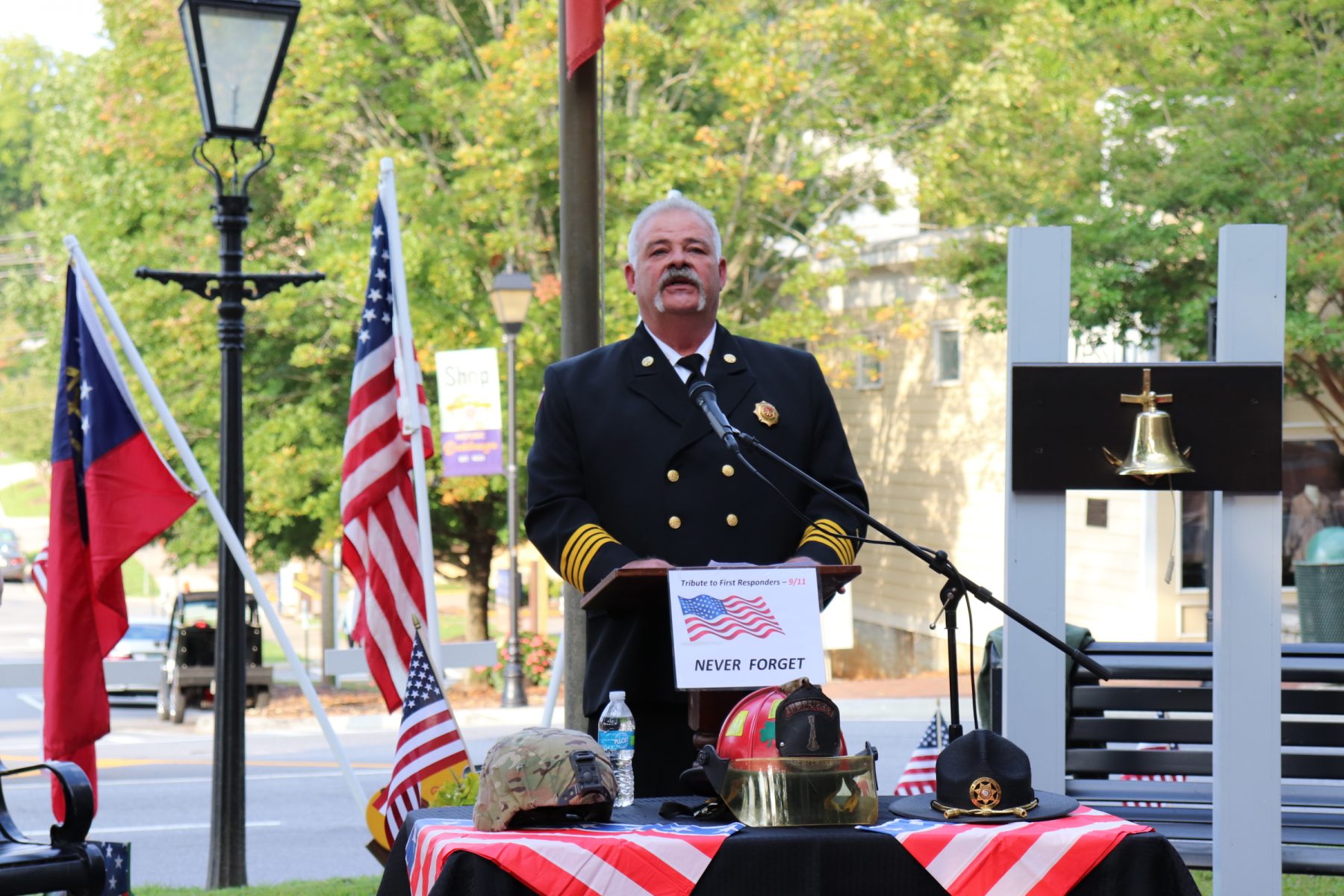 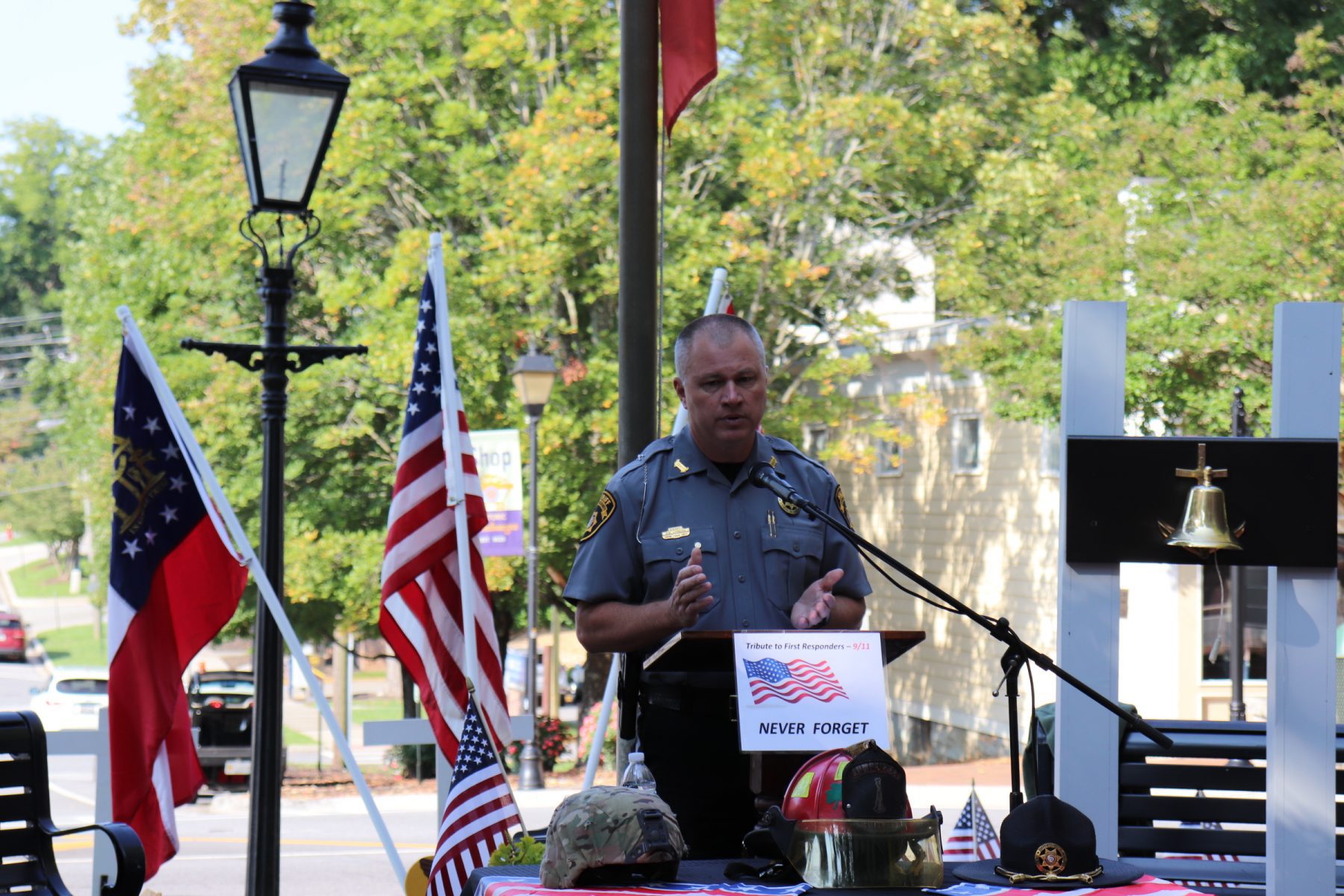 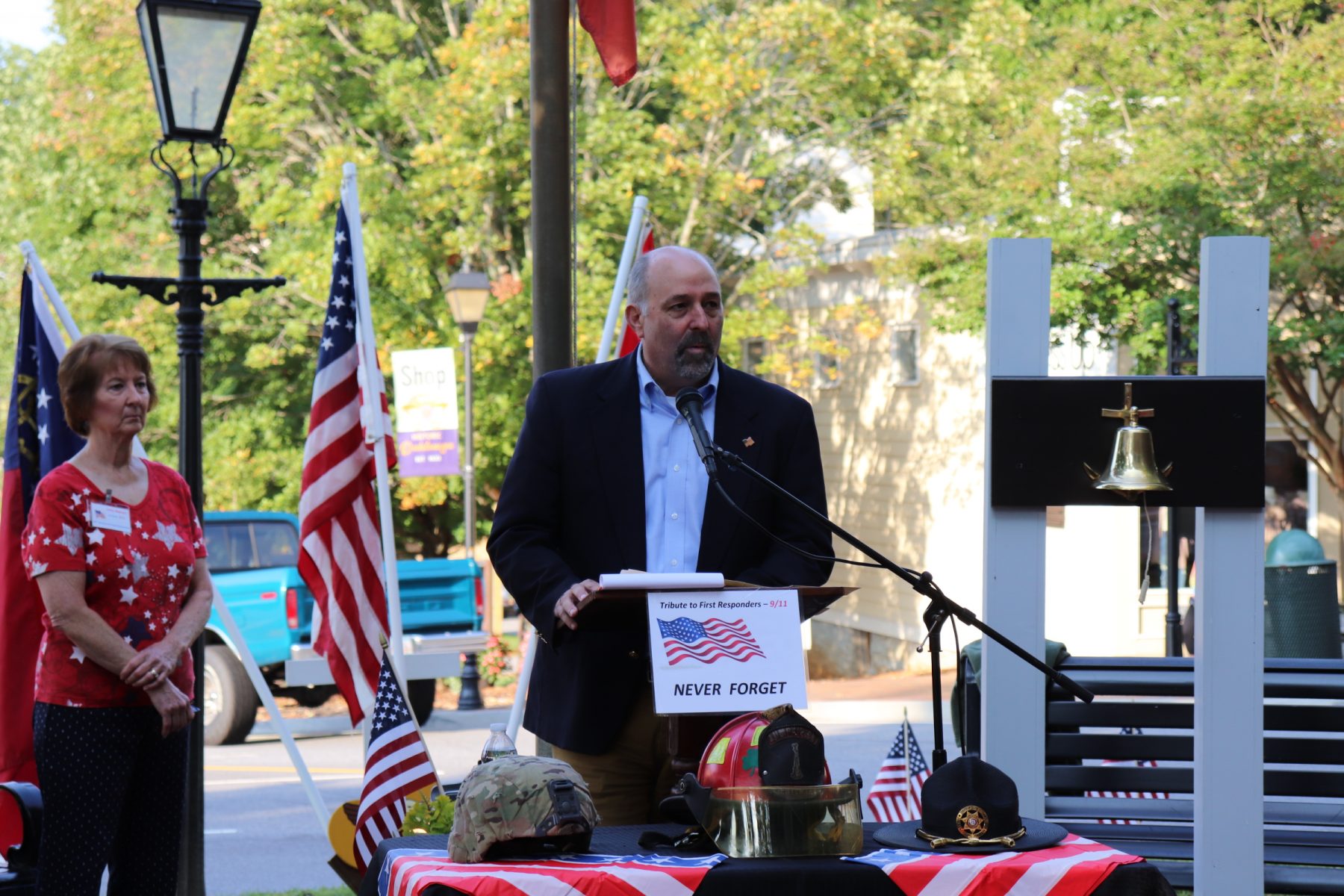 Mayor Sam Norton giving a speech at the event.

DAHLONEGA, Ga.- The Lumpkin County Republican Party hosted an event on Saturday in remembrance of the 20th anniversary of 9/11.

The event was held to remember the lives lost through the tragedy on Sept. 11, 2001, when 2,977 people lost their lives in the largest terror attack on American soil.

People in and around the community stopped by the event to show their respect and honor the vow America made 20 years ago – to never forget.

Deputy Fire Chief Tony Kent started off the event by reciting the Firefighter’s Prayer to remember our first responders who lost their lives.

There were 412 emergency workers who died as a result of responding to the attack on the Twin Towers.

“A beautiful scar was created at 9:02 a.m. Sept. 11, 2001. As our first responders raced toward a burning building to save innocent lives, a scar that will not let us forget was cut across the fabric of our nation,” Mayor Sam Norton said.

Mayor Norton went on to say scars are created for a purpose, and it teaches us to not forget because if we do, another unnecessary scar could be created.

Norton said that although It is painfully how America got this scar, that it too could serve a purpose.

Norton finished by challenging our community to remember the scar and said, “if not you, then who [is] willing to pay tribute to those willing to sacrifice it all.”

Sheriff Stacy Jarrard added that as long as we still have the memories of those gone and that day, we will never forget.