He presented emails from ISO Community Hazard Mitigation Manager Michael Morash, who confirmed the “department has improved in class.” However, Morash did not have a date when the new rating would go into effect. The final report is still in the middle of being processed. The email was sent on January 27, 2021.

“It very well may take several months. He didn’t give me any ideas,” Thomas stated. 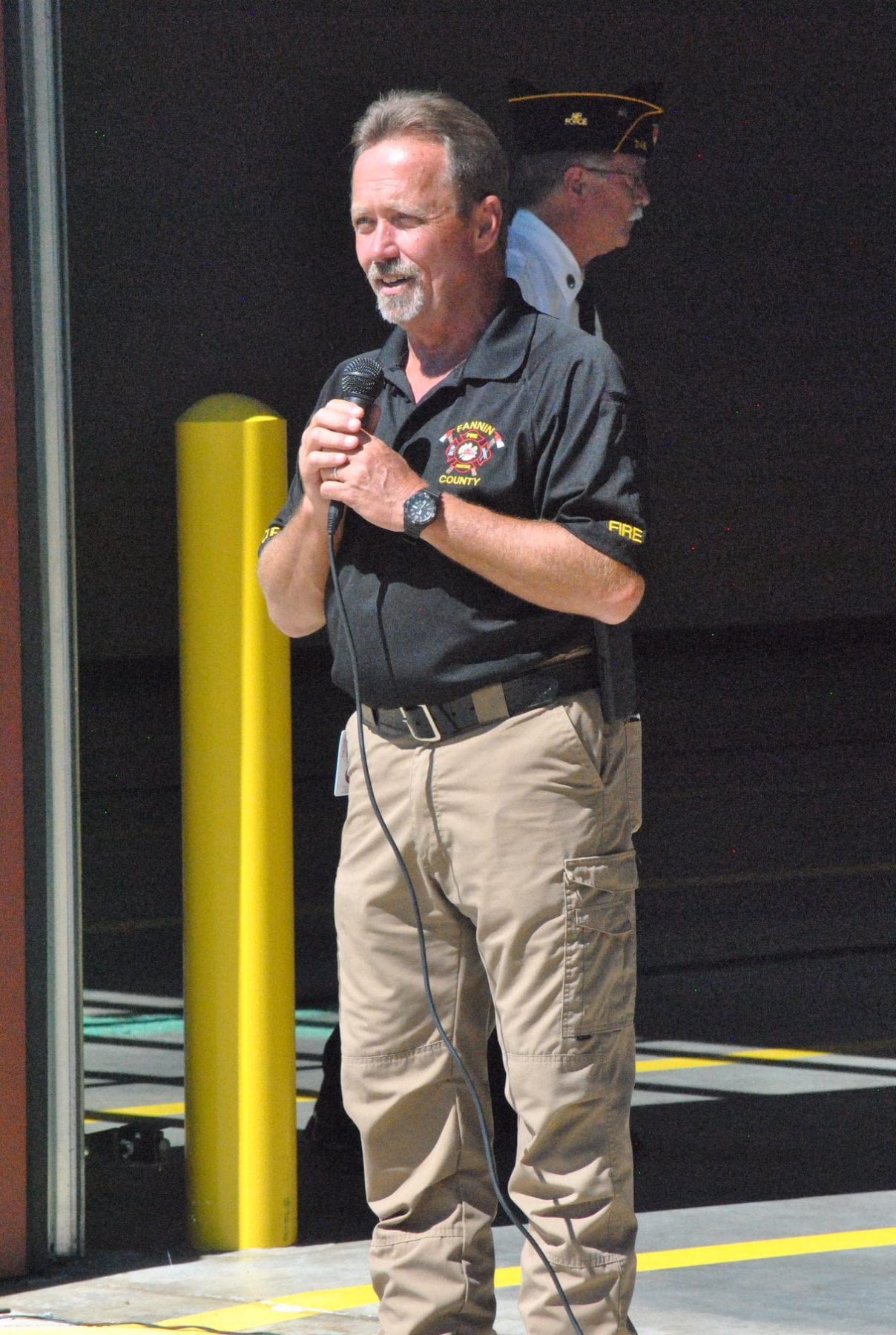 All the information was compiled in November 2020 and sent to ISO. After Thomas came back from medical leave, he reached out again to Morash about the ISO rating.

Post Two Glenn Patterson asked how recently the fire chief had spoken with Morash. Thomas said it was around two weeks ago.

“These are his words, ‘we’re going back to a PC class five?’” Chairman Jaimie Hensley inquired. Thomas confirmed and added they would continue in their efforts to bring the rating down further.

“At least, it appears we’re going to go from a six to five, and I think you know we need to set goals to try and improve on that. As a regular citizen, I think we know the difference that it costs the citizens, such as the insurance, for instance. So, for that to come back down to a class five, that’s a pretty good start. Let’s just keep hammering,” Hensley remarked.

Post One Earl Johnson commented it’s a slow process. It took a year for the ISO Mitigation Team to return and reevaluate the county.

“Once they publish this that we’re improving to a five, then at that point, the insurance agencies can apply that rate to quote the new insurances to hopefully bring the premiums where they were,” Johnson commented.

Fannin residents should see insurance rates drop back down.

“I think it’s a very good idea to keep shoving forward as much money as we put into fire and EMS. I think we need to keep striving to get the number on down. Hopefully, with more water throughout the county with the water authority board, get all our fire hydrants in working order. I think it’s going to be continuous whether [ISO’s] auditing our fire services or not. I think it’s very crucial every year.”

Thomas explained that two firefighters spend their days maintaining hydrants and reporting any damage they find. At a previous meeting, Blue Ridge, McCaysville, and Fannin officials met with the fire department to discuss who’s responsible for fixing specific hydrants.

The plan to repair damaged hydrants is working, and the list of out-of-service hydrants has significantly shortened since 2020. Fire department’s still in the process of appropriately marking roadside hydrants to prevent mowers from running them over in the spring and summer.

Fire departments also improved their continuing education with an online program and in-person training. Post One Johnson told Thomas information like new training programs, and he should publicize improvements so the community can recognize their efforts.

“We can all work together and get that number down if at all possible,” Johnson stated. “We need to get that information out there to let people know what you are doing.”

“The ratios they run with I don’t agree with, but as far as some of the other changes we had in our procedures, just quick, I guess on paging out the number of engines per house fire. If we were paging out three, Mike Stokes, the other ISO gentleman, said, you would need a total of 69 people there. I don’t know how they figure that. 20 people usually somebody getting in somebody’s way,” Thomas explained.

69 refers to the number of volunteers needed to replace 23 full-time firefighters, according to ISO standards.

“There’s not 23 paid people in any county around us. What do they do when a house catches on fire?” Johnson asked.

Thomas’s response was volunteer firefighters. Johnson added that some of the surrounding counties have a better ISO rating than Fannin. Thomas stated in the meeting that Union County has a four, which Union County’s website confirmed.

Chairman Hensley asked if urban and rural areas had different ratios. Thomas added all ratios were the same across the state.

Currently, Fannin’s volunteer firefighter base has dwindled due to extenuating circumstances like other employment and COVID-19. They’re working on filling those spots. However, the firefighter ratio can be overcome with more equipment, according to Thomas.