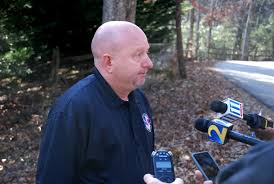 CLEVELAND, Ga. – “I’ve been doing this 35 years and I’ve never seen a flood like this.” That is how White County Public Safety Director David Murphy describes the impact of the storm that roared through this north Georgia community this week.

Estimates of 14 inches of rainfall seem conservative. This north Georgia community has been hit by severe thunderstorms, flooding, mudslides and road closings. The silver lining in those dark clouds is that no injuries have been reported.

But Murphy said Friday morning there was one narrow escape. That happened Thursday when a woman drove through a flooded area and her car capsized.  Public safety workers executed a swift water rescue to save the woman’s life.

“They were lucky to survive,” Murphy said. “God certainly placed his hand on them.”

He cautioned motorists to avoid driving through flooded areas and to follow the directions of first responders on the scene. “They know where the roads are closed and where they are flooded. Also, stay out of the creeks and rivers the water flow rate now has reached dangerous levels.”

Murphy said he was proud of city and county employees for their efforts.

“Our first responders and public works employee with both the county and cities of Helen and Cleveland have worked tirelessly to mitigate the effects of these storms and to keep the public safe.”

Murphy estimated the monetary damage to the county alone at about $1 million, not counting the cities of Helen and Cleveland or the damage to state property.

Unfortunately, the hits keep on coming.

Murphy said, “We just issued an enhanced notice of severe weather to come. It looks like more thunderstorms will be moving in this afternoon. Any rainfall we get now will have the potential to cause more flash flooding because the ground is already saturated.”

He warns everyone to follow the directions of first responders and not drive through flooded areas. “Our first responders know where the roads are closed and where they are flooded. Stay out of creeks and rivers the flow rate now has reached dangerous levels.”

No closures at this time, several areas where mudslides occurred are passable with caution.  GDOT working.