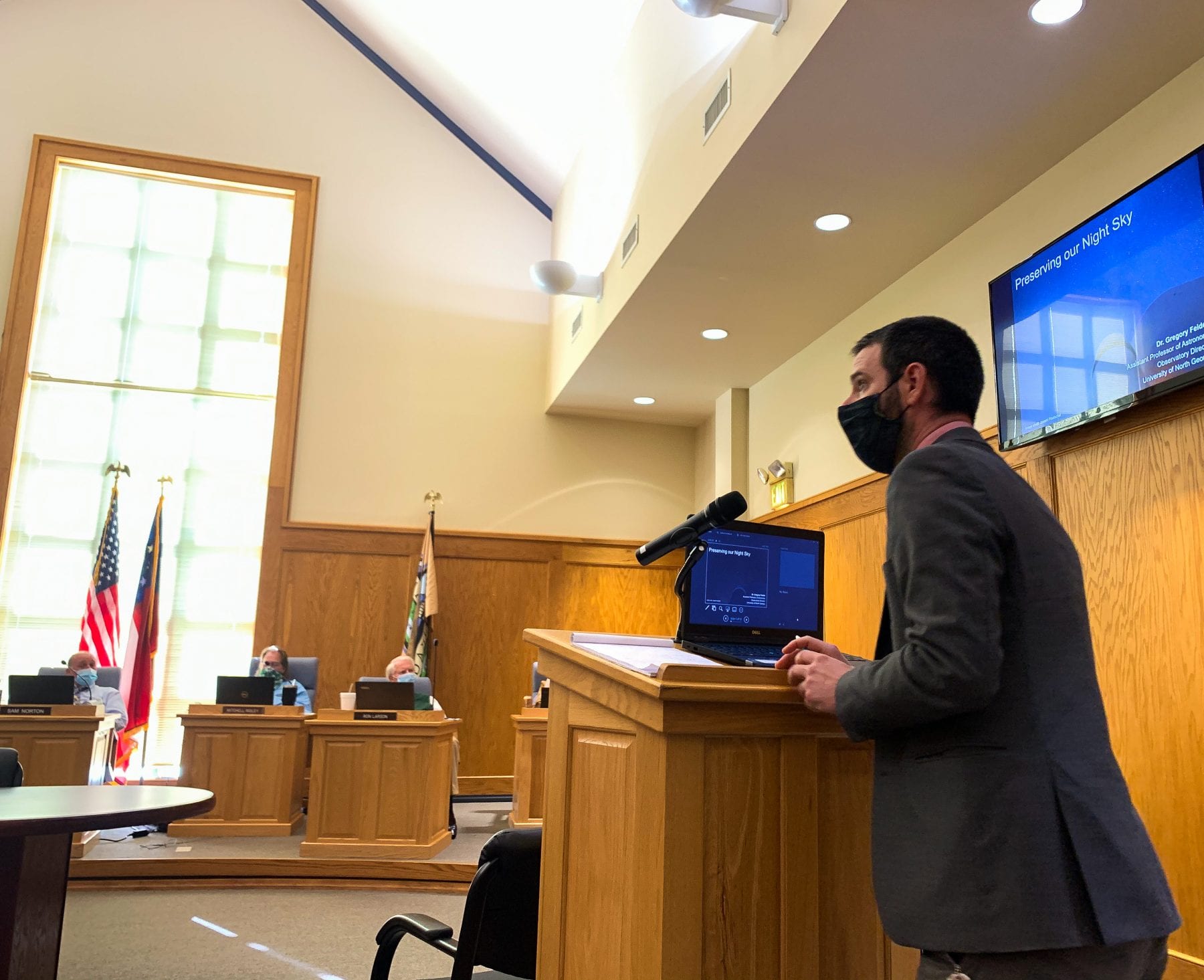 “I would argue that the night sky is our best connection to our ancestors and to the past.”

“Nowadays we spend more time looking down and looking in the past than we do looking up and looking at the present moment or toward the future,” Feiden said. 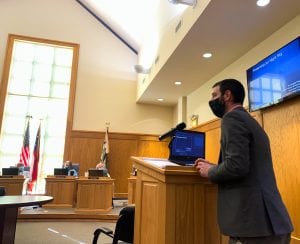 Star photography has become a growing tourist attraction – a constellation destination – that has raised interest from those in more populated cities, such as Atlanta, according to Feiden. Two state parks in the area also became certified dark sky parks; doubling their visitation.

Post 6 council member Ron Larson said this may be an area of tourism that has been “overlooked.”

“It’s important for people to find their connection to nature,” Feiden said.

The connection to nature is being able to see the dark sky and the interest of star photography, which Feiden presented to the council.

“If we preserve our dark sky, we can hopefully entice people to come and we can keep our dark sky to keep them coming,” Feiden said.

Feiden had several recommendations throughout his presentation to the council that could mitigate issues with lighting to preserve the dark sky. The goal being to advocate being responsible with lightbulbs.

“You want to spend your money more wisely,” Feiden said. “It doesn’t take too much imagination to come to the conclusion that we should probably think about how we direct lighting and where we light and how much we light so that we can move forward and actually save a few dollars in our pockets.”

Streetlights in the city and the directions of those lights can change how the night sky is seen, or not seen, which was Feiden theme. In addition to persuading the council to change the types and direction of lights in the city, he briefly mentioned health concerns.

The use of blue and white light harmful to human health because they can suppress particular chemicals in the body, causing long-term health effects. Feiden said according to the American Medical Association have classified blue light as a carcinogen. Although there is still research being done, there are potential links to cancer.

The council all had positive feedback and said it will be discussed further at the next council meeting to talk about the logistics.