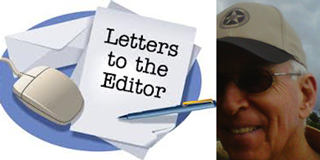 I don’t own a Crystal Ball and I don’t know how to read tea leaves but, using Haywood County, Western North Carolina, 50 years ago, as a matrix, there are clear parallels to Union County, Georgia, 2016:

As Union County transitions to retirement and tourism and away from agriculture, as ever more land is given over to individual construction and to residential developments, what will happen to the new SPLOST-supported Agriculture Center now coming off the ground south of town?

If there’s a declining reliance on agriculture, will there also be a declining need for that Ag. Center, and, as that facility ages, where will the money come from to maintain it and to keep it from deteriorating?

I’m also thinking of the big, beautiful, fancy, new, Civic Center which doesn’t get anywhere the use that was projected — neither does it generate the level of money that it was supposed to generate.

Why the great haste to jump from one SPLOST initiative to the next without a “cooling-off period,” a moment of breathing space, of taking a deep breath, to evaluate if any more new buildings are needed or, in the future, if they will be used sufficiently to justify the long-term costs inevitably associated with them?

When the seasons change and tourists go back home and take their money with them, when ever more retirees on a fixed or limited income have settled here, the basis for the blind acceptance and renewal of SPLOST becomes suspect — or should be.

It is my understanding that the local school board has a warehouse that is stocked with duplicate equipment based on the “It might be needed” mantra. At the end of every fiscal year, much of that (unused) equipment is put up for auction.

It has been my experience in three States over 36 years in public education that school boards mean well, touting “quality education,” but, giving school boards ever more money, carte blanche, rarely, if ever, equates.

Why aren’t these SPLOST projects for the schools and the County publicly aired and detailed before they’re put out to bid — if they were put out to a true, competitive bid?

From where I’m sitting, SPLOST very quickly becomes a Cash Cow that translates into an irrevocable and presumed “need.”