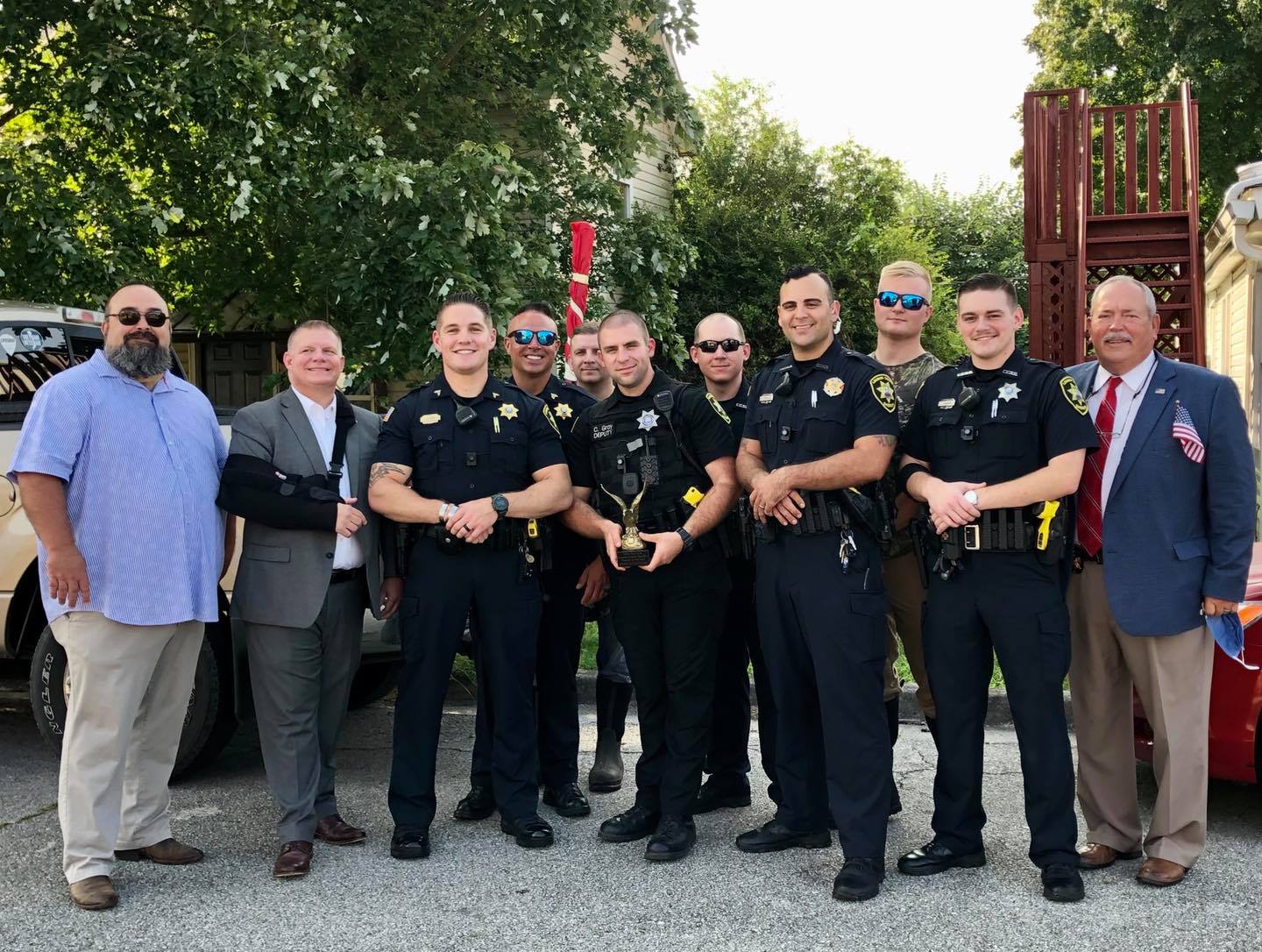 LOUDON, TENNESSEE – On what is one of the most sacred of days for first responders all over the United States, the local chapter of the Veterans of Foreign Wars (VFW) held its annual 9/11 Remembrance and First Responder Recognition Ceremony outside the Loudon City Fire Department.
During the ceremony, and in between pause’s for the ringing of a bell that symbolized the times when each plane went down on 9/11, local area first responders were awarded the VFW’s annual award for their outstanding performance in their roles while serving the Loudon City and Loudon County Community.
LCSO’s K9 Deputy Chance Gray was the 2020 recipient for the “Sheriff’s Office Deputy of the Year”.
“When Chief Deputy Jimmy Davis and I looked at so many qualified candidates, there was one that continued to stand out to us because of his phenomenal attitude and commitment to his profession,” said Sheriff Tim Guider.
“Chance represents everything we hope to see in our deputies.”, said Guider. 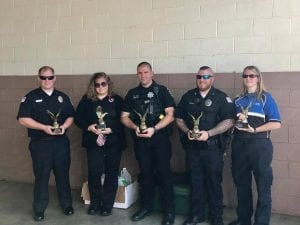 Picture of the VFW honorees.

Chief Deputy Jimmy Davis agreed with his boss when it came to the reasons Gray was selected for this award. “No matter what you ask of Chance, no matter how small or how large the task, regardless of the time of day, when we call him with a need, he’s always ready, eager, and willing to go – and with a big smile to go along with it”, said Davis. “Chance really is one of those Deputies who represents everything it means to serve and protect.”
Deputy Gray joined LCSO in 2014 as a Corrections Deputy before being promoted to the Patrol Division in 2017. In 2019 Chance was again promoted to the K9 Unit where he was paired with his patrol partner, K9 Kora.
Also recognized alongside Chance for being the best of the best in their agencies were Loudon Police Officer Chris Law, Loudon City Firefighter Scott Geagley, Priority EMS Medic Kelly Heinze, and Loudon County 911 Dispatcher Heather Tuberville.
Images courtesy of Loudon County Sheriff Office.