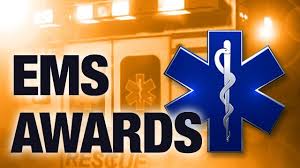 The 2017 Northwest Georgia Region 1 EMS Awards were presented as follows:

Many council members, loved ones, friends and associates were on hand to offer support to the award recipients for their achievements and well-deserved recognition.

Congratulations to all award recipients for their outstanding service to their communities.

DESCRIPTION AND CRITERIA FOR EACH AWARD:

DAVID LOFTIN PEDIATRIC CALL OF THE YEAR – David Loftin served at the Region 1 Office of EMS for 30 years, starting as a grant writer, who wrote the federal grants to create the system. Loftin retired in 2010 as the regional director. He was instrumental in creating both Safe Kids and EMS for children’s groups around the region and was a pioneer in getting care seat programs established to serve families in securing  babies properly for travel in vehicles.

TOMMY GAYLER MEDICAL CALL OF THE YEAR – Tommy Gayler was a paramedic, firefighter, flight nurse, educator and emergency department nurse. He was as an educator, training EMS services on 12-lead EKGs and tPAs (tissue plasminogen activators), enabling them to save heart muscle in patients with heart attacks.  This concept eventually

evolved into the race to cardiac catheterization labs called the STEMI program. He was involved in this transition, which has led to many lives being saved and to a better quality of life for heart attack patients. Gayler passed away in 2014, but he is remembered for his many contributions to EMS.

DANNY HALL MEMORIAL PARAMEDIC OF YEAR – Danny Hall excelled as a firefighter and a paramedic, having served in both Murray and Floyd Counties. He endlessly taught cardiac, trauma and pediatric courses throughout the entire region in order to pass his knowledge to others. He was recognized and admired by the people he supervised everywhere he worked. He always set the bar high and everyone was eager to follow his example. Hall was devoted to rendering the highest level of care to all of his patients and had a will of iron but a heart of gold. He served on the EMS council for years and was unfortunately taken early in death.

MIKE MILLER EMS EDUCATOR OF THE YEAR – Mike Miller was a paramedic for Floyd Medical Center EMS and Polk County EMS, but he is best known as the first paramedic instructor at Coosa Valley Technical School, now Georgia Northwestern Technical College. He trained most of the paramedics who were the first paramedics for their services in the southern part of Region 1. He served in the Region 1 Office of EMS & Trauma as a regional training coordinator and addressed the problem of low pass rates for Emergency Medical Technician (EMT) courses in the region. His students said that he was the single best instructor they had ever experienced. Miller passed away in 1993 but will always be remembered.

STANLEY PAYNE EMS LEADERSHIP AWARD – Stanley Payne was one of the first three employees of Floyd Hospital Ambulance Service in 1966 after having worked for years at a local funeral home answering ambulance calls. He rose to become the director of the service and under his leadership advanced life support was established; Payne had a talent at improving the design of ambulances and some of his improvements were adopted by ambulance manufacturers which continued to use to this day. His leadership talents were recognized state-wide and he served multiple terms as the Chairman of the Region 1 EMS Council and Georgia’s EMS advisory council. He was known for his benevolence to his employees and the poor of Floyd County – especially children. Payne passed away in 2004.

EMT OF THE YEAR – This award is presented to an Emergency Medical Technician who displays above average skills, attitude, servitude and leadership, as well as other criteria.

EMS SERVICE OF THE YEAR – This is presented to the EMS Agency whose nomination scores highest on 11 criteria that includes standards, protocols, violations, innovation and community service, to name a few.

SPECIAL RECOGNITION – Each year a special group of providers are collectively recognized for their service. Past recipients have been the Dinosaurs of EMS (30+ yrs of service), Pioneering Women of EMS (20+ yrs of service) and the Region 1 EMS Honor Guard.

EMS PERSON OF THE YEAR – “THE ONE” – Selected by the Region 1 Office of EMS & Trauma Regional Director, the recipient of this award is the person who has been the most instrumental in assisting with regional projects during the past year.