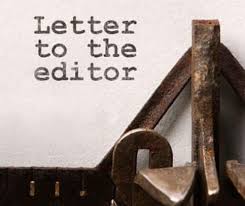 “Our sheriff Stacy Nickolson agrees with Governor Deal that Georgia’s law enforcement personnel are underpaid.  The governor helped rectify this situation for state personnel by approving a 20% increase in their salaries.  What about our local law enforcement personnel who bear the burden of first response and danger in our communities?  Shouldn’t they be paid on a par with state personnel with equivalent responsibilities and training?
A solution for local law enforcement salary upgrades is to freeze the current pay scale in all jurisdictions and have the state provide supplements to bring all salaries up to par with the state law enforcement pay scale.  Where would the funds come from?  The state budget.  Our current legislature just spent about $600M in unexpected revenue on other things, but could have funded this supplemental salary program.
Don’t be fooled by those who say this isn’t possible or it requires a tax increase.  Where there’s a will, there’s a way, but only if it’s a “political will”.  Georgia has the money.  Why should we settle for less for the men and women who we rely on to protect us?”
John Williamson