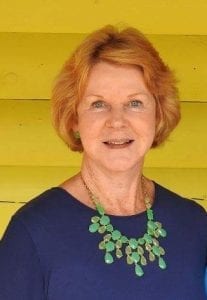 BLUE RIDGE, Ga. – The 2018 General Election is already starting to take shape as challengers emerge announcing bids for candidacy against well known incumbents. The most recent of these announcements comes from Margaret Williamson who intends to face off against Speaker of the Georgia House of Representatives David Ralston.

Ralston was first elected to the Georgia House of Representatives in 2002 and represents House District 7, which includes Fannin County, Gilmer County and a portion of Dawson County. Ralston is the 73rd Speaker of the Georgia House of Representatives, a position he has held since 2010.
Williamson, who resides in Ellijay, made a statement discussing her decision to run:

“For many years I have been involved in political campaigns, on local, state, and national levels. I have actively participated in legislative issues, in support of or in opposition to, learning all the way. Now I intend to use this experience and acquired knowledge to enter into the process as a candidate.”

Already having begun the process of running for the House District 7 seat in the Georgia House of Representatives, Williamson acknowledged in her statement that she has mailed the “Declaration to Accept Campaign Contributions” form to the Georgia State Transparency & Campaign Finance Committee.

After approval of this form, Williamson’s next step will be to complete the qualifying process held in March of this year. The qualifying will officially make Williamson a candidate in the Republican Primary for Georgia State House Representative, District 7.

Williamson concluded her statement by announcing that she is in the process of creating a Facebook page which will contain her position on various issues.

“This decision is the culmination of months of debate and prayer. Please continue praying for both John and me,” Williamson said, “This is an exciting time for me.”

Winners of the primaries will face off in the General Election to held on Nov. 6, 2018.