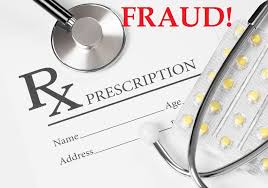 FYN spoke with officials and the hospital confirms John Michael Gowder is the CEO of Union General.

The joint operation involved members of the Drug Enforcement Administration, Tactical Diversion Squad, the Union County Georgia Sheriff’s Office and the Cherokee County North Carolina Sheriff’s Office. Although the investigation is ongoing to date information has been discovered that would indicate that the ring was operating in Cherokee County North Carolina and may be facing charges here as well.

Sheriff Palmer stated “We enjoyed the opportunity to work with the agencies involved. Sheriff Mack Mason and his Office have been a tremendous ally as we are sending the message No longer can you deal drugs across county and state lines – We will hunt you down and prosecute you.”

Sheriff Palmer encourages any one that has information on this crime or any other to report it. To report crime in Cherokee County you can call the anonymous tip line at 828-837-1344 or email a tip at [email protected] or call 911 if you observe a crime in progress.