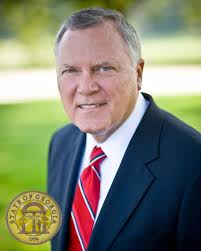 Gov. Nathan Deal today announced that he will not accept Syrian refugees in Georgia and called upon President Obama to suspend the resettlement program in the United States. Since 2012, Deal has demanded that the federal government limit the number of refugees sent to Georgia.

“In light of the terror attacks in Paris, I’ve issued an executive order directing state agency heads to prevent the resettlement of Syrian refugees in Georgia,” said Deal. “Further, I call upon the Obama administration to work with the Georgia Emergency Management Agency/Homeland Security to confirm the backgrounds of the 59 Syrian refugees recently resettled to ensure they do not pose a security threat to our citizens. Until the federal government and Congress conducts a thorough review of current screening procedures and background checks, we will take every measure available to us at the state level to ensure the safety of Georgians.”