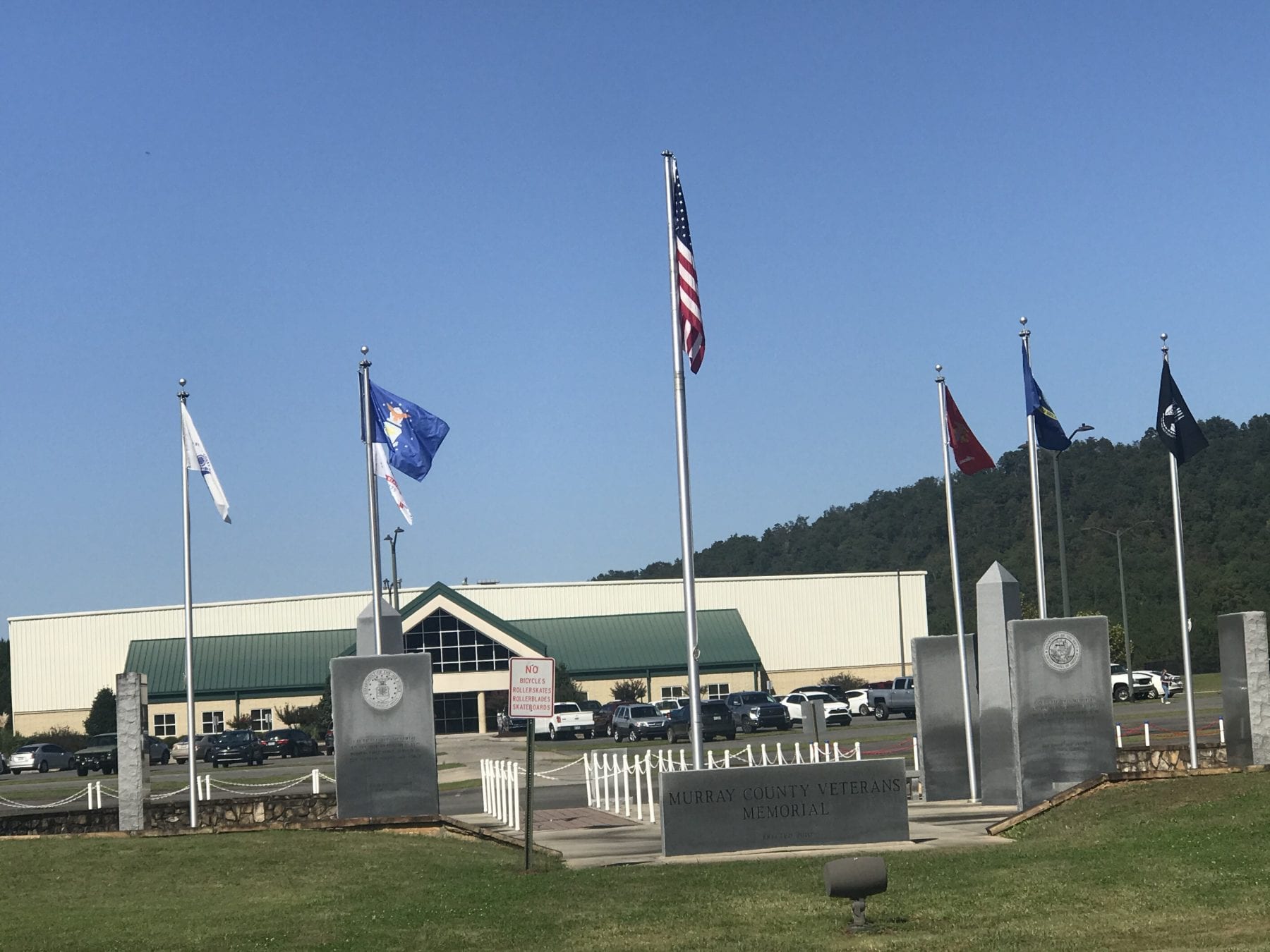 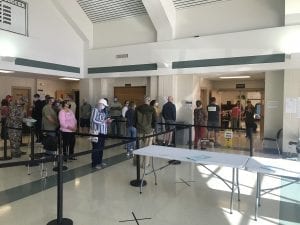 The lines are long, but it’s quieting down from Monday’s opening day of early voting, according to Connie Winkler, deputy elections superintendent. She said more than 1,000 have come through from Monday-Wednesday with numbers averaging about 450 voters per day. 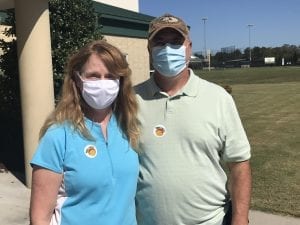 Photo by Susan Kirkland
Lisa and Kenny McGill said they didn’t have to wait long to cast their ballot on Wednesday.

She also said that even though the line goes out the door sometimes, there have been very few bumps in the process.

“The bumps we’ve had are due to the system slowing down on the state site,” she said.

That slow down has caused some wait, but voters coming out of the polls said it wasn’t too much. Others said they would return later with hopefully less wait time.

“It wasn’t as bad as we expected,” said Lisa McGill, who, along with husband, Kenny, voted early.

“I thought it would take longer,” Kenny McGill said.

The couple said they vote in every election.

Murray County has three different ballots, because they have three house districts: District Five, District Six, and District 11 and each one is up for election. To find out the coverage areas for each district, visit My Voter Page.

Included on the ballot are two constitutional amendments, dealing with taxes, and one proposal with the administration of government.

Amendment One:  Authorizes dedication of fees and taxes to tehir intended purposes by general state law.

“Shall the Constitution of Georgia be amended so as to authorize the General Assembly to dedicate revenues derived from fees or taxes to the public purpose for which such fees or taxes were intended.

“Shall the Act be approved which provides exemption from ad valorem taxes for all real property owned by a purely public charity, if such charity is exempt from taxation under Section 501(c)(3) of hte federal Internal Revenue Code and such real property is held exclusively for the purpose of building or repairing single-family homes to be financed by such charity to individuals using loans that shall not bear interest?