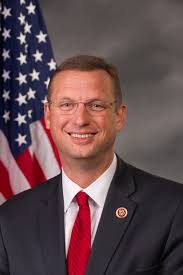 In a time that senators and representatives decline to meet with constituents and constituents march, chant, yell, and raise signs from frustration, the pattern was broken last Saturday morning in Gainesville’s District 9 offices of Representative Doug Collins.

Doug Collins showed up with staff and met with 14 people who did homework with the support of many at home who contributed research. The discussion lasted approximately 90 minutes after introductions were made. There were differences between the point of views expressed. No surprise. Constituents and Congressman were from two very different ways of thinking about the role of government. However, the discussion included both listening and time to deliver points of view. It is not practical, or interesting, to provide a verbatim record here. The key issues discussed were:

1. ACA. The stories of District 9 friends and neighbors, progressive and conservative, who depend on ACA to stay alive as well as avoid bankruptcy from healthcare were reviewed. Collins agreed that continuous coverage and coverage of kids under 26 should be part of the plan. Providing affordable access to healthcare was referred to often, but specific solutions were not committed to. Collins holds the position that free market solutions will offer more choices at a lower cost over time. Current plans published indicate that free market solutions may not be as beneficial to those with lower incomes when compared to those with higher incomes.

2. ENVIRONMENT. The constituent group expressed concern about the dilution and reduction of EPA controls. The thought of pipelines running under District 9 streams, of gouged deforested mountain tops, of Copper Hill type of consequences illustrated the concern of loss of control of regulations and oversight. Collins believes state control is, and would continue to be more effective than national controls. Constituents reminded the Congressman that the air is national, that the flow of water is national, that oils spills in the ocean cannot be governed by any one state. We agreed to disagree and learn more.

3. THE RUSSIANS AND TAXES. Collins, a member of the House Committee on the Judiciary, was asked to support the appointment of a Special Prosecutor for an unbiased investigation of the President’s and executive branch staff Russian connections as well as the disclosure of the President’s tax returns. The objective is to clear the air and move on. Collins believes this can be accomplished with a Congressional committee.

4. A WALL VS. PEOPLE OF DISTRICT 9. Time ran out but this topic was the closing line in a leave behind letter signed by participants. Spending $12-15 billion for a wall on the southern border at the expense of

heath care coverage for the people of District 9 is a bad choice. The team clearly supports using tight budget to take care of people first. 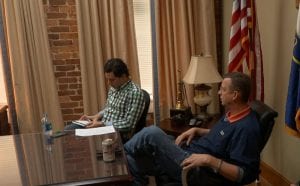 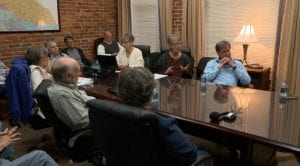 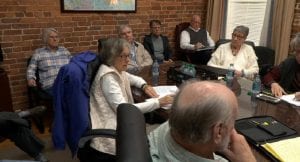 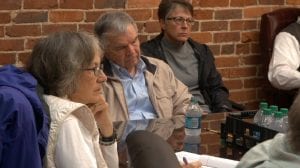 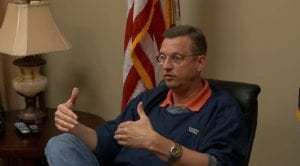