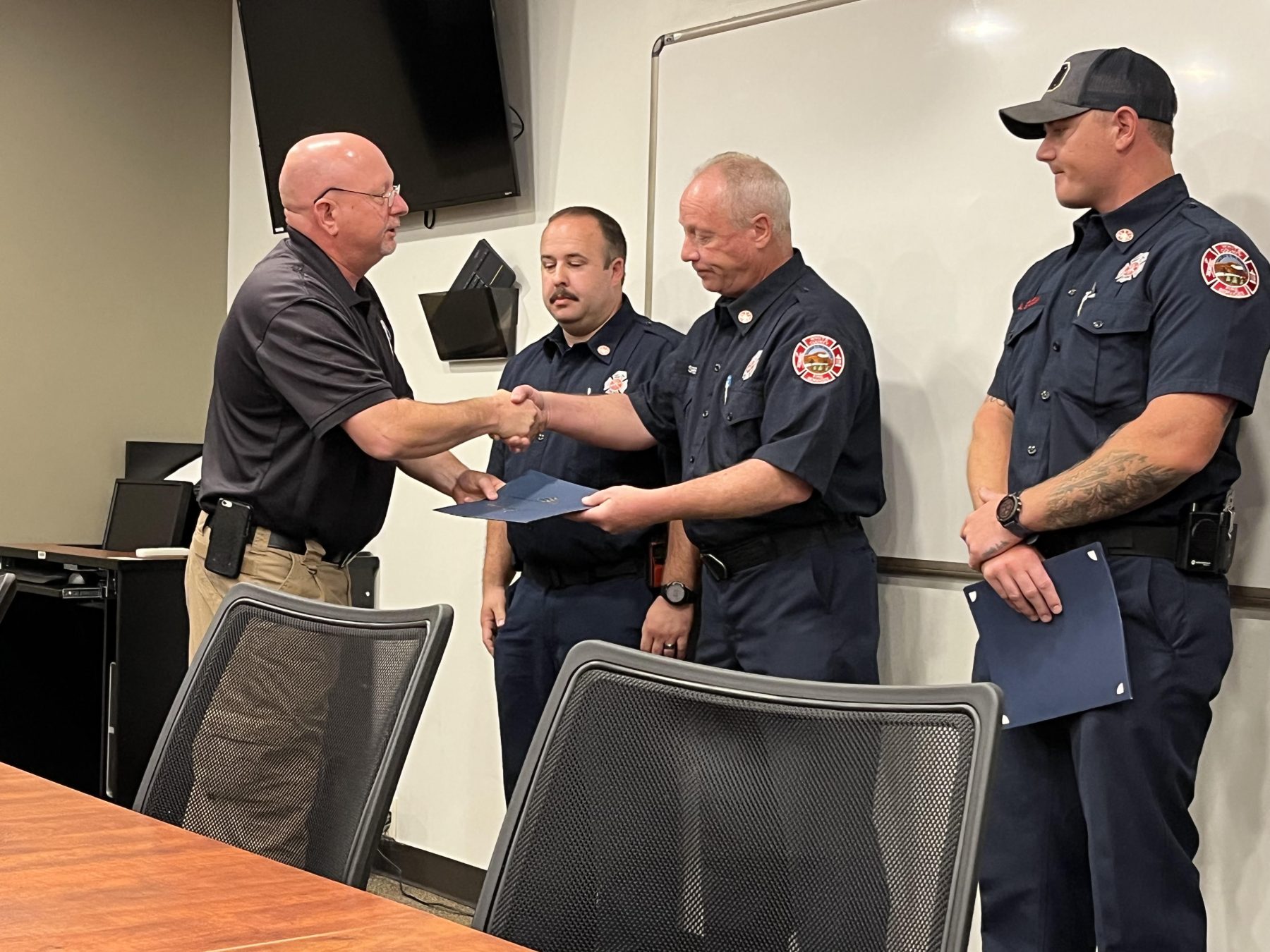 WHITE COUNTY, Ga. — Public Safety Director David Murphy said Monday that he wants to make sure the community recognizes what valuable assets their firefighters are. Monday, he recognized six who were credited with saving two lives
Among those honored were Steve Hopper, Tommy Steen, and AJ Staton. The men responded with Rescue 4 on April 28 to Tommy Cowart Road south of Cleveland for an overdose call where the individual was in cardiac arrest.
They initiated CPR and administered Narcan, which resulted in that person eventually regaining consciousness and preventing loss of life, Murphy said.

Firefighters Austin Brown, Jackson Cantrell, and Shad Sosebee were recognized for their actions when responding with Rescue 2 to a gunshot call on Leatherford Road on October 8.

The men applied a tourniquet to a victim who had a gunshot wound to the leg, stopping the loss of blood, and saving a life. “Your dedication and genuine concern for the welfare of others is admirable and inevitably appreciated by all. You are an exceptional asset to White County Fire Services, and we are fortunate to have you serving the citizens and visitors to our community.”

Each man received a certificate and letter of commendation for their heroic and lifesaving actions.