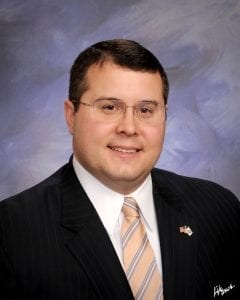 DAWSONVILLE, Ga. – Board member William Wade made a plea for citizen support of HB 781, that would  give Georgia school systems more flexibility in spending education sales tax revenue during Monday’s Dawson County Board of Education meeting.

The bill, which is sponsored by State Rep. Kevin Tanner, would allow Georgia school systems to amend the existing sales tax to include maintenance and education programs in the authorized purposes for expenditures. If approved in the General Assembly, the bill would have to be approved in a referendum by Dawson County voters to be enacted.

The bill received a favorable report in a House committee on Feb. 8.

Wade told those in attendance, “It wouldn’t hurt to call the Speaker (David Ralston) and let him know you are in support of that legislation. If you’re not supportive, it won’t hurt my feelings if you didn’t call.” 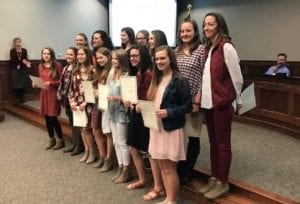 Aside from Wade’s comment, most of the meeting was devoted to recognizing outstanding achievements by students and staff.

Dawson County High School students Amber Autry and Rob Cox were honored for their outstanding performances at the Future Farmers of America (FFA) state competition. Autry finished second in Area 1 and third in state in Floral Design. She also had the highest score on the written exam.

Cox was second in Area 1 in Electrical Wiring Problem Solving. He also finished second in Area 1 and fourth in state in Lawn Mower Safety and Operations and had the highest individual score in Dairy Evaluation. 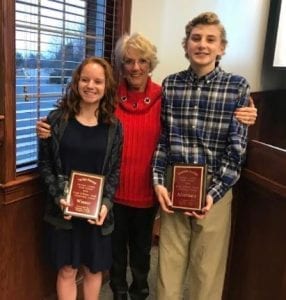