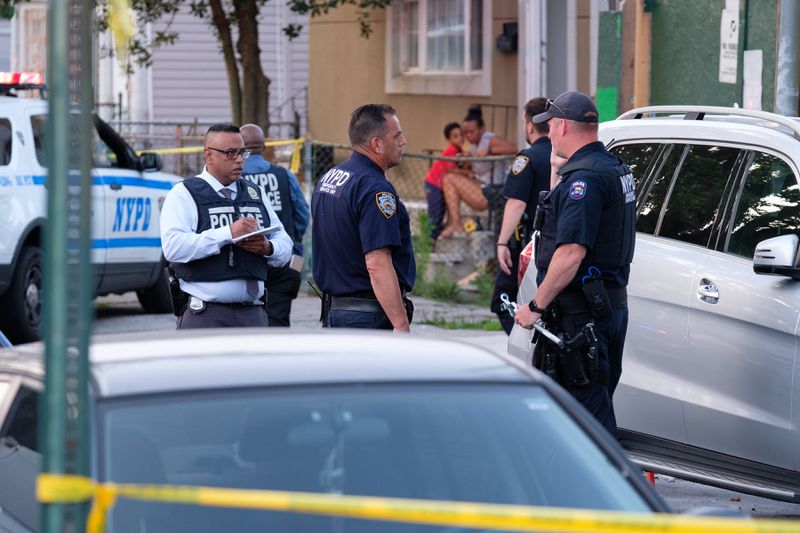 BLOUNT COUNTY, TN – The Blount County Sheriff’s office is investigating a shooting that happened on July 10, 2022. Blount County Police Department is asking for public assistance on any known crime leads.

According to the police report, the gun violence occurred at 3:45 a.m. on Singleton Station Road near Continental Drive. Five individuals are suspected to be involved in the shooting of two victims. The two victims are injured and are in the process of recovery.

Notably, investigators were told there was an altercation with the five suspects earlier that night at a night club off of Aloca Highway. Once the two victims left in a red Jeep, they were followed by possibly a Toyota Tacoma. The driver attempted to strike the red Jeep with the four-door before the two vehicles ended up on Singleton Road.

As the vehicles approach the intersection, the individuals get out of their vehicle and continue the altercation. The suspects are identified as Hispanic males and a Hispanic woman with blonde highlights. In brief camera footage, there is a physical altercation and at least one male suspect who begins to open fire. Following, there are several gun shots until both parties get back into their vehicles and flee the scene.

After, Blount County Patrol Deputy finds two victims walking along Old Knoxville Highway at 4:15 a.m. The shooting was then called in for investigation.

“We will aggressively investigate and pursue charges on this type of violent crime that bleeds into Blount County,” Sheriff Berrong said. “I have zero tolerance for anything that remotely resembles gang violence. I am asking our citizens to please come forward with any information you may have regarding this incident, or with any other criminal activity of this nature.”

FetchYourNews has reached out to Blount County Sheriff’s Department and PIO officer said, “no comment upon further investigation.”