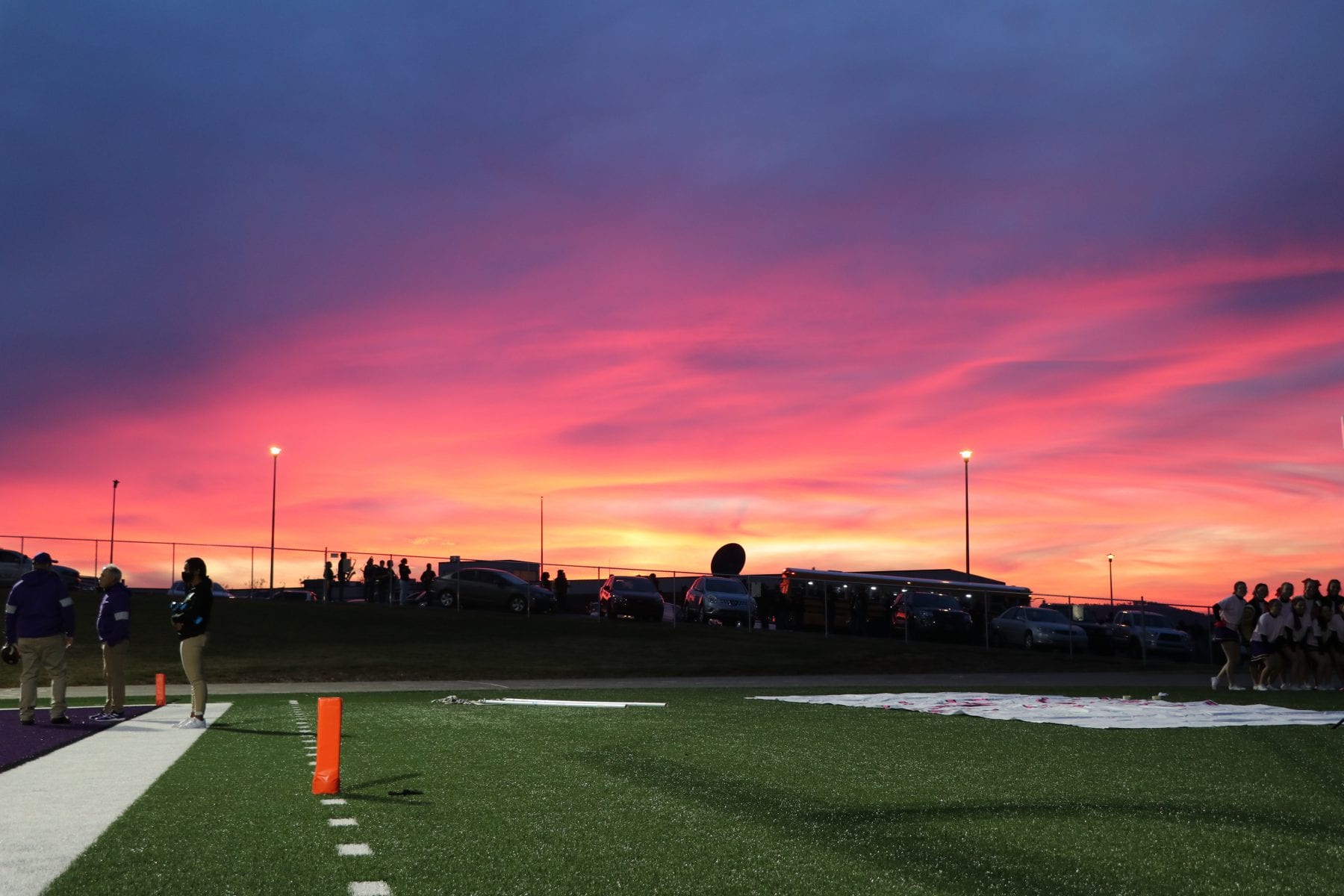 The Panthers are coming off their 3rd loss of the year, which is also their 1st region loss of the year. The Panthers are led by Junior Quarterback Logan Helcher & Senior Noah Underwood. The Eagles are coming off a big victory against Metrolina Christian Academy. The Eagles are led by Michigan Commit Junior Tight End Marlin Klein & Junior Defensive End Linus Zunk.  The Panthers would be without Junior Running-back Carson Walker. 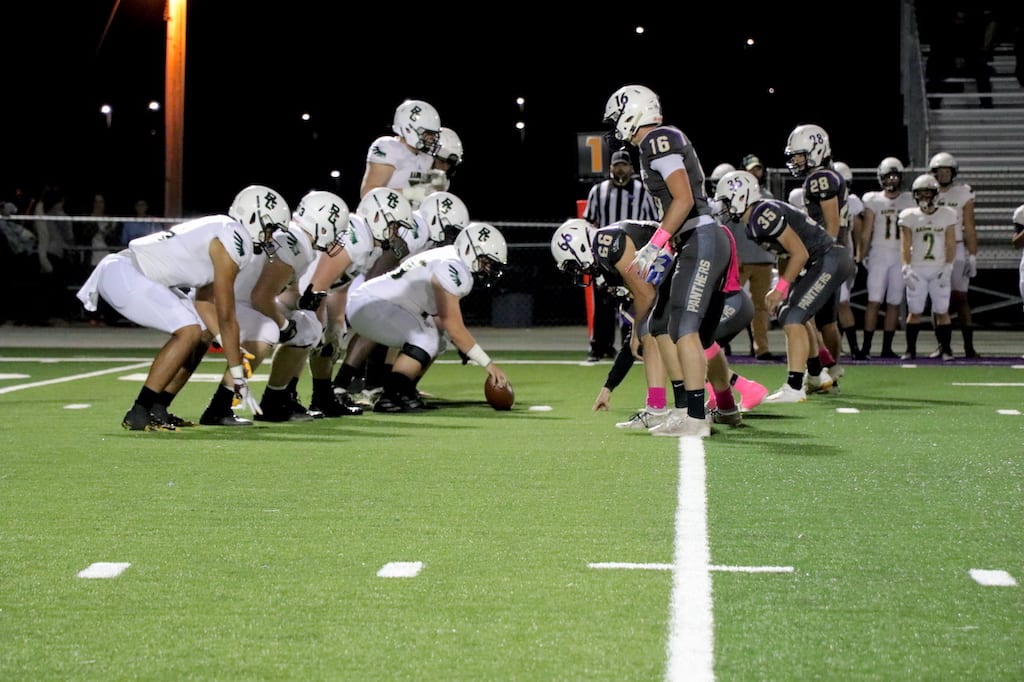 The Panthers had a big task ahead of them on Thursday size wise but they prepared well. The Eagles received the opening kickoff but the Panthers held them to a quick 3 and out on the first drive. Trace Wright made a a great pass breakup on 3rd down, covering the 6’6 TE of the Eagles. The Panthers started off their first drive with 3 straight rushes by Senior Jonah Daniel, picking up 2 quick first downs. Logan Helcher also picking up a big a big 3rd down inside the Eagles 30 yard line. The Panthers’ drive stalled but Mason McCombs made a 34 yard Field Goal to make it 3-0 early in the 1st quarter. 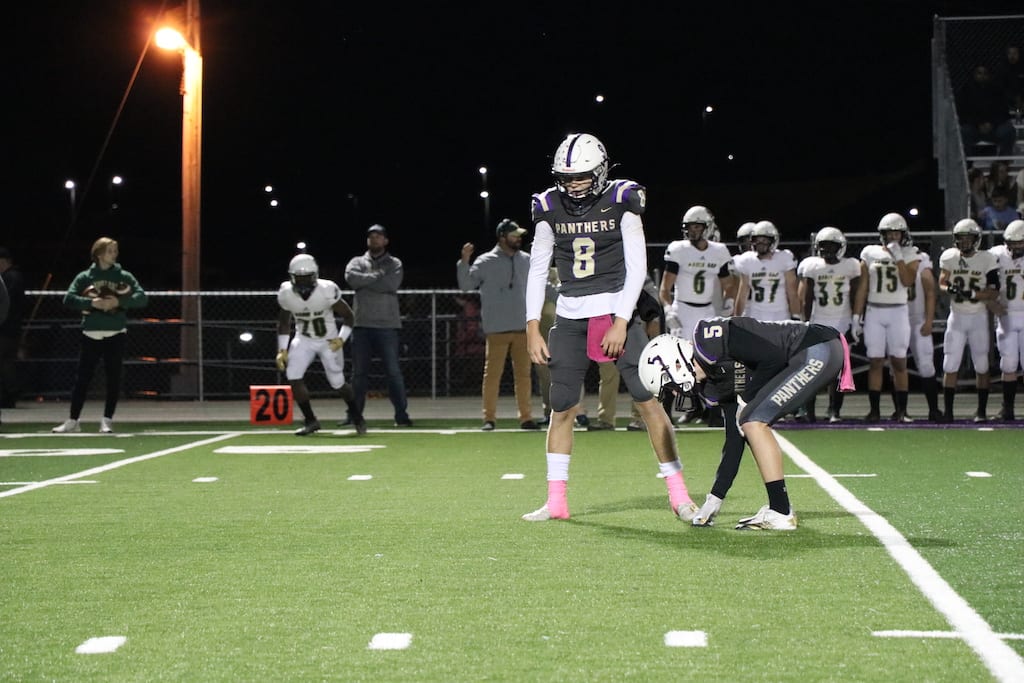 The Panthers defense started off strong during the Eagles’ second drive, getting a key PBU by Trace Wright & Noah Underwood on an early 2nd down. The Eagles would pick up the 1st down on 3rd down, sparking a big drive by the Eagles. The Panthers defense made the Eagles work on this drive but the Eagles would end up scoring on a 10 yard touchdown pass. The Panthers would again keep handing the ball to Jonah Daniel, driving the ball into Eagle territory quickly. Jonah Daniel would exit the game during this drive, what looked like to be because of an injury. Daniel never returned so the Panthers had to rely on 3rd string running-back, Cayleb Rogers. The Panthers converted a 4th down conversion just near midfield to keep the drive alive.
Logan Helcher found Senior Kaston Hemphill for a long pass deep in Eagle territory. The drive would again stall inside Eagle territory. Senior Mason McCombs would make the 41 yard Field Goal to make it 7-6. The Eagles would get another drive going but after a deep pass was broken up again by Junior Trace Wright, the Panthers would force another punt. On the first play of the Panthers offensive drive inside their own 10 yard line, Cayleb Rogers fumbled the ball and it was recovered by the Eagles. The Panthers would again hold Rabun Gap to a field goal attempt, which was missed. Logan Helcher would leave the game due to an injury and Kaston Hemphill came in to kneel the ball to end the 1st half. Junior Quarterback Logan Helcher would not return for the remainder of the game. 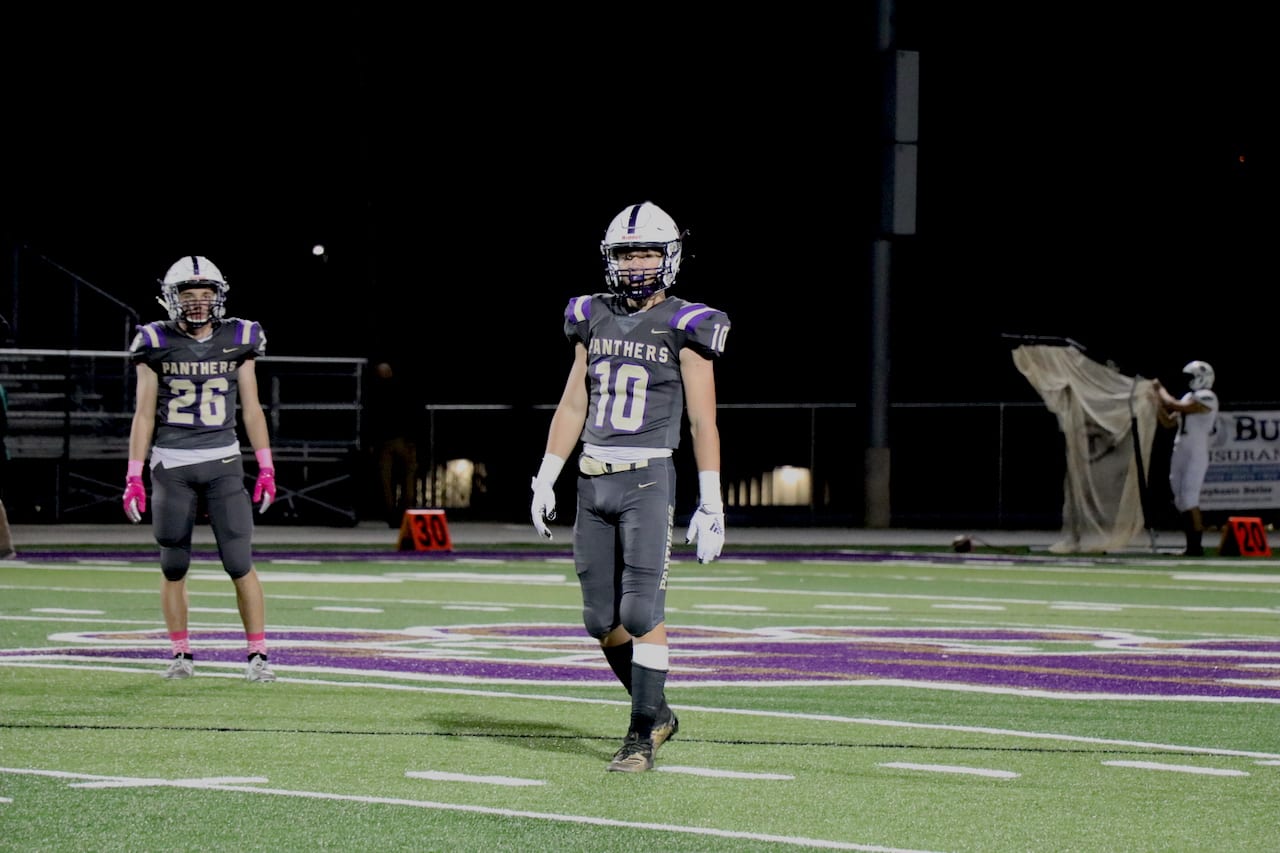 The Panthers got the ball to start off the 3rd quarter. Without Starting Quarterback Logan Helcher and Starting Running-back Jonah Daniel, the Panthers offense had to step up big in the second half. The Panthers quickly punted the ball away after 3 straight rushes. The Eagles got off to a hot start in the 2nd half, quickly moving the ball into Panther territory. Trace Wright, already having a huge game, intercepts the pass in the end zone and gets a huge turnover for the Panthers defense. The Panthers would take over at their own 20 yard line but would quickly turn the ball over again around their own 30 yard line. On the 3rd play of the Eagles drive after the Panthers turned the ball over, the Eagles give the ball right back to the Panthers, fumbling inside the Panthers 20 yard line. Then on the first play of the Panthers drive, Kaston Hemphill’s pass is intercepted by Rabun Gap and returned to the 5 yard line. Senior Receiver Mason McCombs also got injured on this play after making the touchdown saving tackle. McCombs never returned to the game. The Panthers defense held up strong inside their own 5 yard line, but the Eagles capitalized on some miscommunication by the defense and scored on a 5 yard touchdown pass. 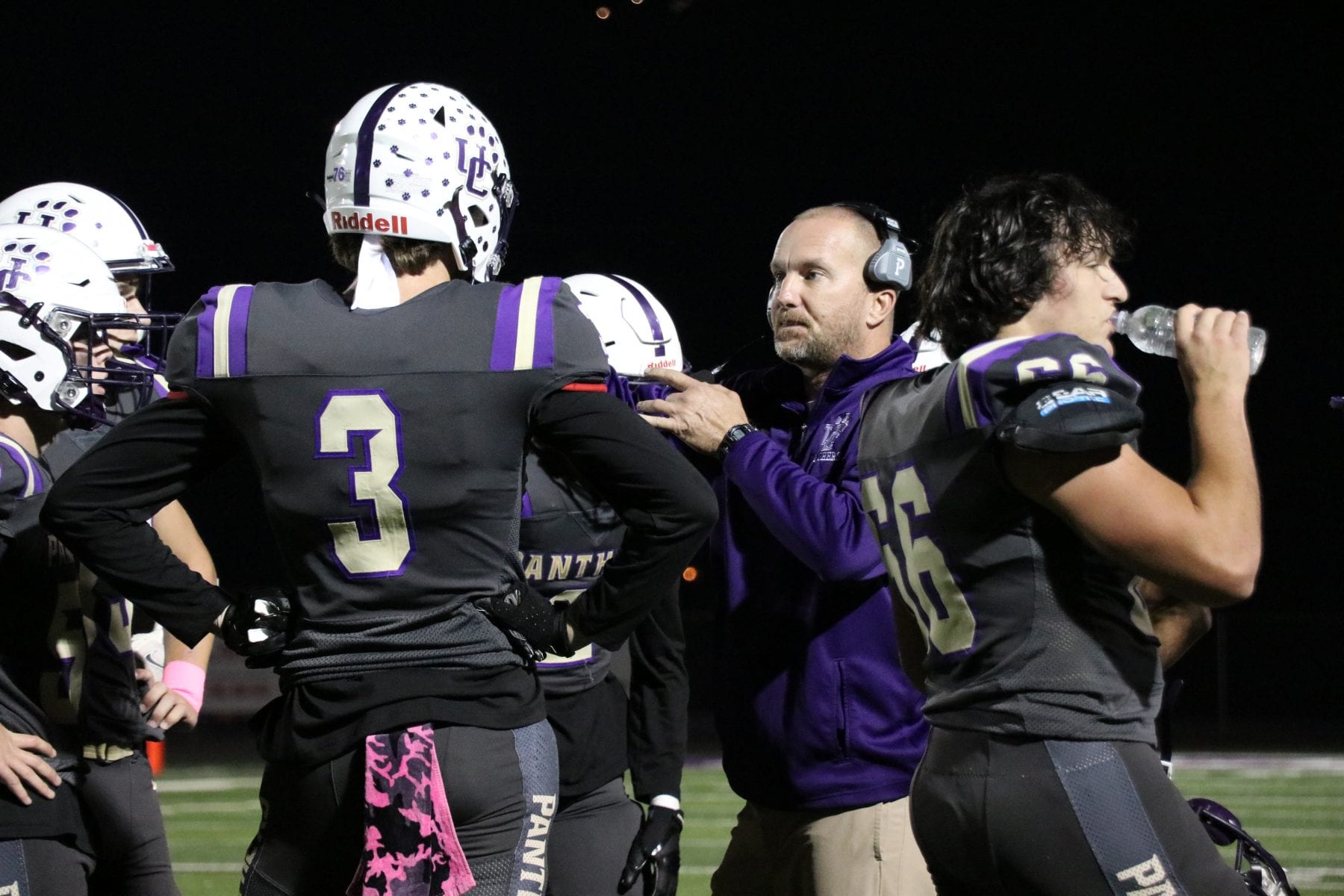 On the very first play of the 4th quarter, Kaston Hemphill’s pass is intercepted at the 48 yard line. The Eagles would move the ball deep into Panther territory and score on a 21 yard pass to make it 21-6. The Panthers would have a quick 3 and out around midfield but would get a great punt by Cayleb Rogers to pin the Eagles deep inside their own 1 yard line. The Eagles would hold the ball and slowly move the ball past midfield and eventually knee the ball to run the clock out. The Panthers fall to the Eagles 21-6.

The Panthers move to 3-4 overall. The Panthers travel to Tiger, Georgia to face the Rabun County Wildcats led by the #2 ranked QB in the country, South Carolina commit, Gunner Stockton.