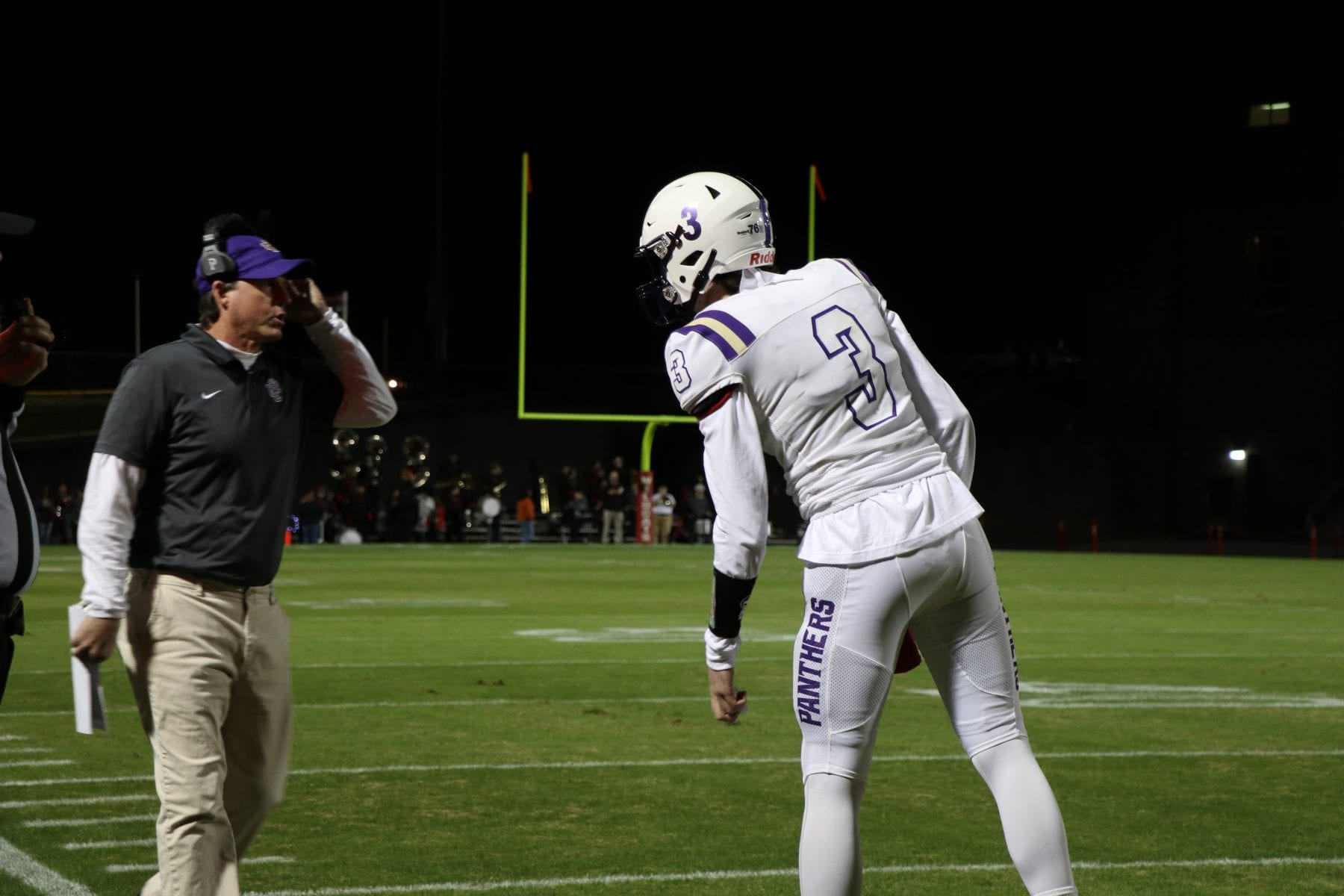 Tiger, Georgia– The Union County Panthers (3-4,1-1) traveled to Tiger, Georgia to face the Rabun County Wildcats (8-1,2-0).The Panthers had a tough task ahead as Starting Quarterback Logan Helcher & Starting Running-back Jonah Daniel were out due to injuries. Senior Kaston Hemphill would be the starting quarterback for the Panthers. The Wildcats have proved in the past 2 weeks that they are the best team in the region.

The Wildcats are led by Junior Quarterback, 5 Star 2022 South Carolina Commit Gunner Stockton and Senior Wide Receiver Adriel Clark.  The Panthers are led by Senior Kaston Hemphill and Senior Aaron Helton. Hemphill had a big task ahead of him Friday Night, but he was very confident. 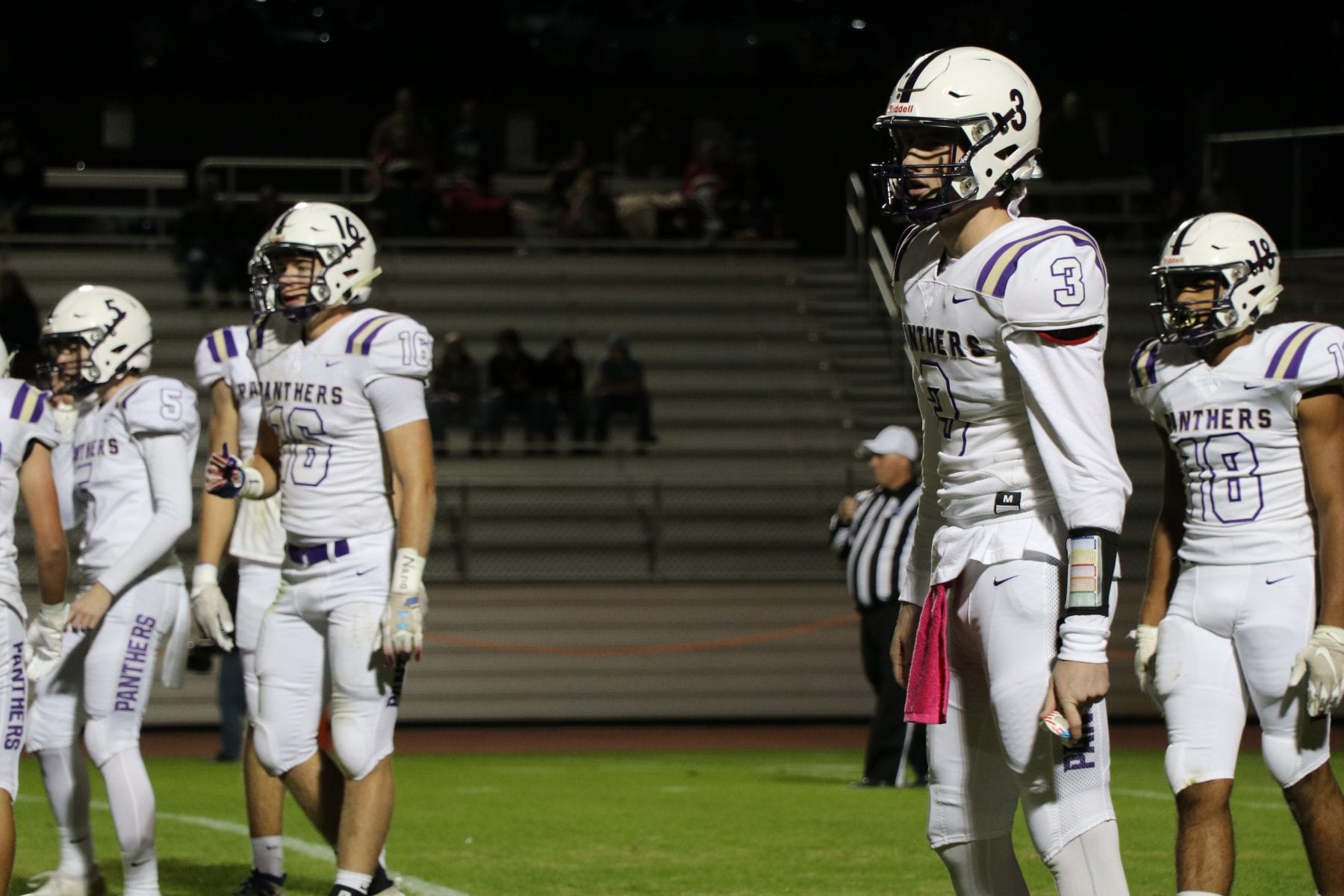 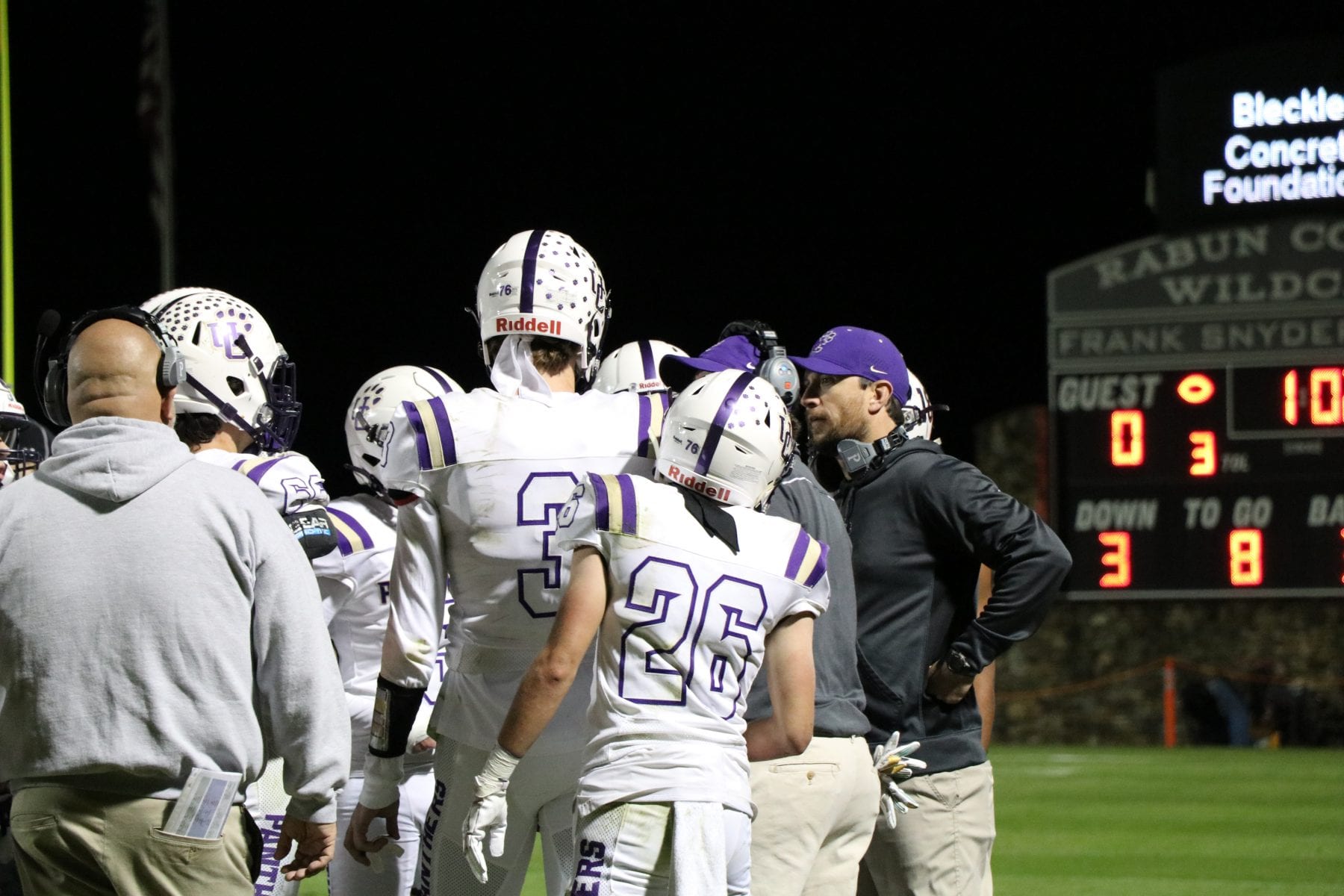 The Wildcats started picking up the pace and moving the ball with ease, moving the ball all the way to the 30 yard line. Stockton would then find Clark for a 29 yard touchdown. The Panthers would again stick to running the ball on offense, getting good, hard runs by Junior Running-back Carson Walker. On 3rd down, Hemphill was looking for JJ Littles and the pass was tipped and intercepted by the Wildcats. The Wildcats would move the ball all the way down to the 3 yard line. The Wildcats scored again as Adriel Clark gets the end around handoff and goes in for the 3 yard score. That would make it 21-0 Wildcats. The Panthers wouldn’t move the sticks on their next drive and punt the ball away again. The Wildcats would score again on a 22 yard run by Stockton late in the second quarter. The Panthers tried to run the clock out to end the half, being down 28-0 but the Wildcats would use all of their timeouts with less than 2 minutes left in the half to get the ball back. The Wildcats would get the ball back and quickly score again. Stockton would find Clark for a 39 yard touchdown to make it 35-0. Those 2 match up with each other very well and are both insanely talented. 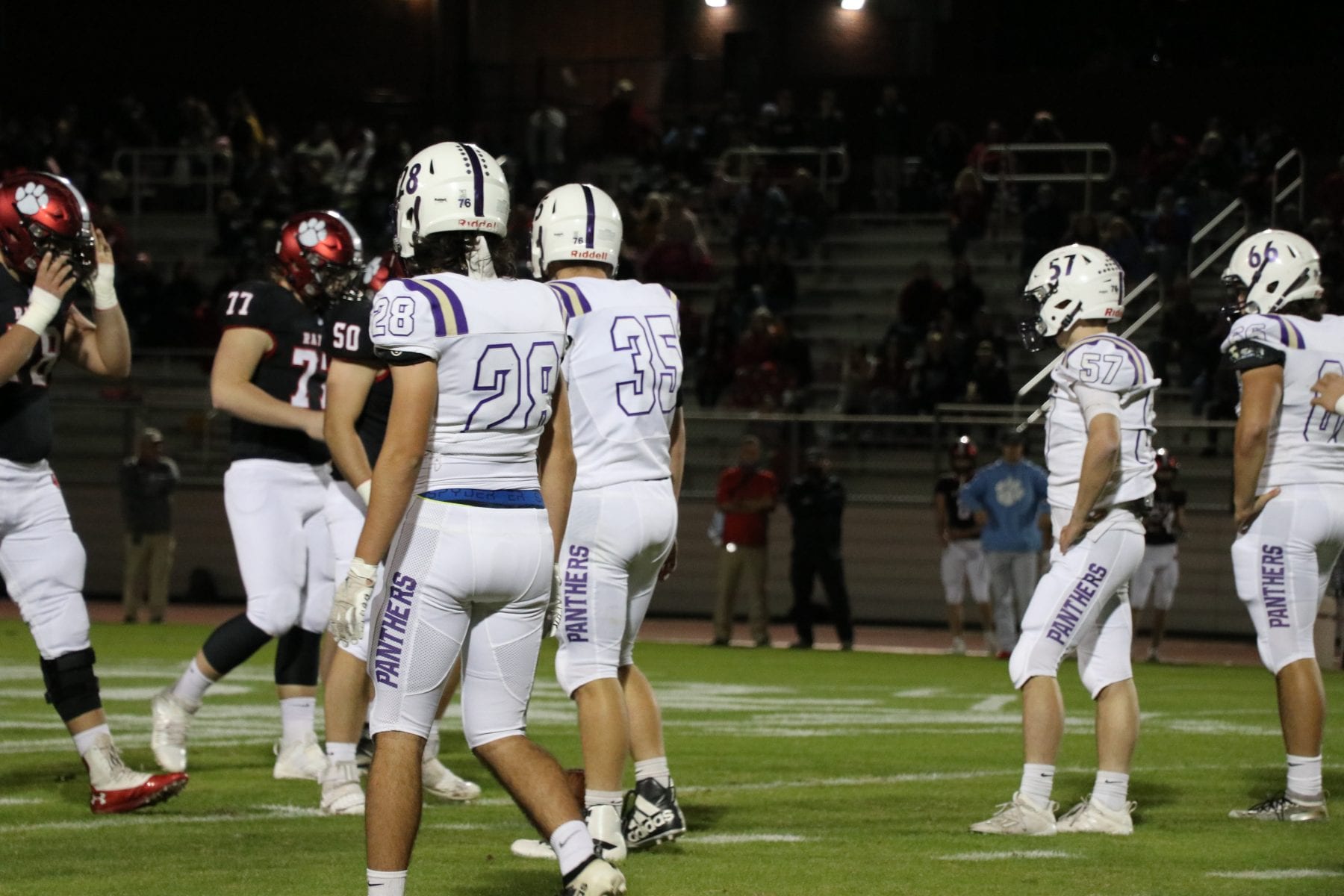 The Panthers would start off the second half with the ball but would not be able to get anything going. The Wildcats would keep their foot on the gas to start the second half. On the second play of the drive, Lang Windham would take the handoff and score on a 37 yard touchdown run to extend the lead to 42-0. Later, the Wildcats would score again on a 1 yard pass to Lang Windham to make it 49-0. On the kickoff, JJ Littles would return it 90 yards for a touchdown to make it a 49-7 ballgame.

Rabun County would drive down the field and extend their lead even more. Stockton would fine Clark again for a 12 yard pass to extend the lead to 56-7. The Panthers would finally start moving the ball on offense and move into Wildcat territory after a facemask penalty committed by the Wildcats. On the next play, Kaston Hemphill would find Junior Receiver Keyton Chitwood for a 40 yard touchdown pass, Chitwood’s first touchdown of the season. Rabun would then, again, extend their lead on a 5 yard pass from Stockton to Tate Ramey to make it 63-14. 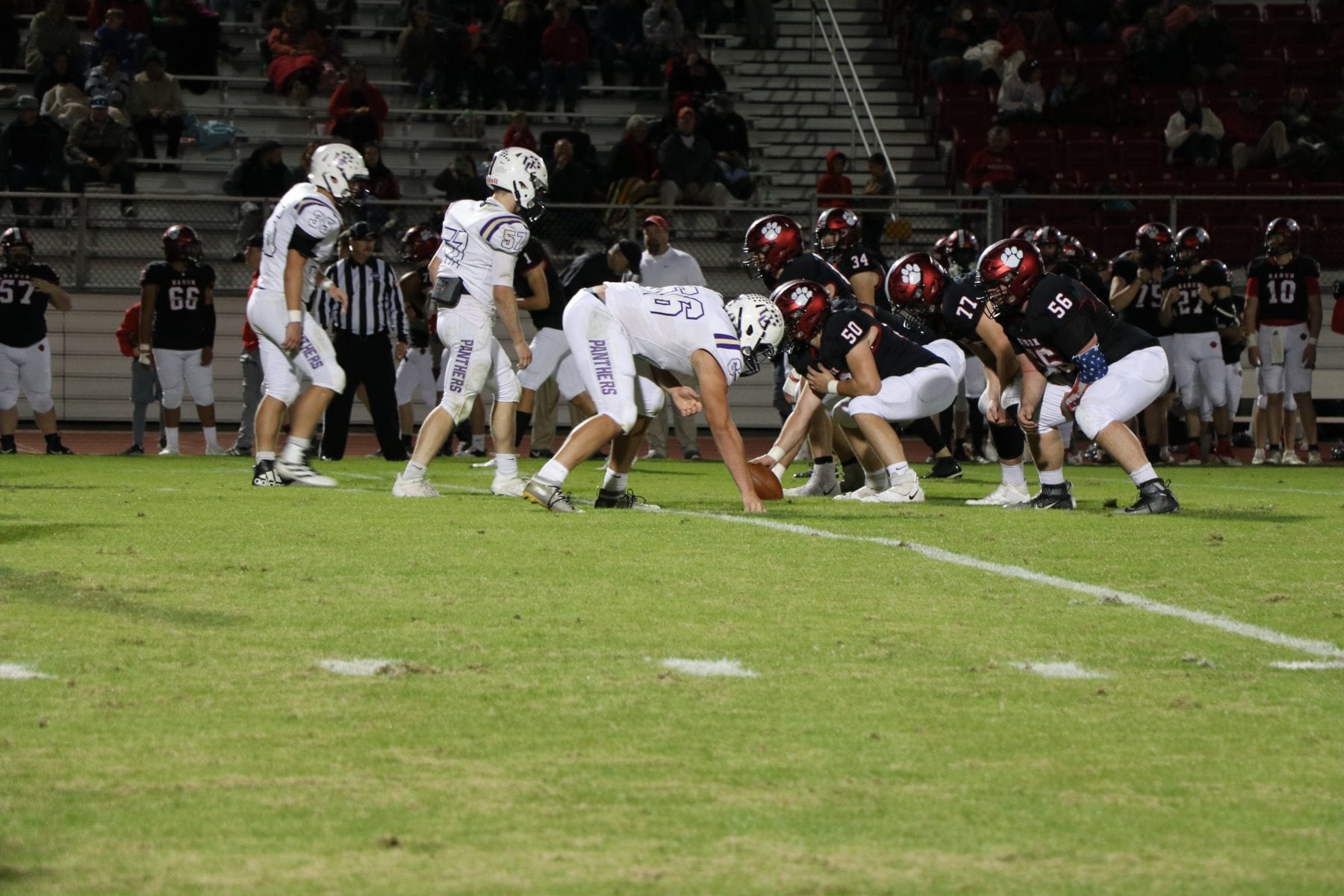 The Panthers would fall to the Wildcats 63-14. Gunner Stockton finishes the game with 8 TD’s total (6 passing, 2 rushing) Going to give a huge shoutout to Gunner Stockton. One of the best high school athletes I have seen play in person. He will do huge things in the future.

The Panthers travel to Gilmer County next week. That will be the final regular season game for the Panthers before the playoffs begin.