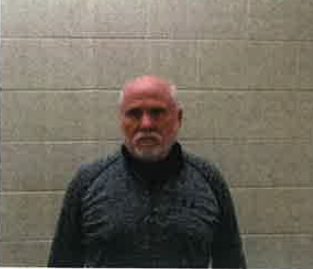 PICKENS COUNTY, Ga. – Two months after their arrest in Pickens County, Georgia’s Attorney General, Chris Carr, has announced indictments against former Pickens County School Superintendent Carlton Wilson and his wife, Cynthia Wilson, on charges of Racketeering, one count of Theft by Taking, and two counts of Theft by Conversion.

In April 2022, the two were arrested on allegations of thefts that occurred between November 2021 and January 2022.

According to a release from the Attorney General’s Office,

Specifically, the indictment charges the defendants with the following which, if convicted, can carry the respective penalties:

Dr. Carlton Wilson had a brief time at the center of some debate as Superintendent of Pickens County Schools when he resigned amid numerous emergency meetings discussing the superintendent position and rumors that he was soon to be let go. Later, Wilson offered a letter to the citizens of Pickens County where he stated, ” I was not given any reason except several of the board members had lost confidence in my leadership. Several members of the Board did not like the direction I was leading the school system.” This letter came days after a failed 2-3 vote to reinstate Wilson as Superintendent, which came in the month after the 3-2 vote to accept his resignation in December 2019.

Then, according to the allegations in the warrants for arrests, later in 2020, Wilson served as the Victim Witness Coordinator for the Appalachian Judicial Circuit District Attorney’s Office where he allegedly committed Theft by Deception by receiving over $6,300 in payroll checks through the Shared Leave Bank due to ongoing injuries preventing him from working, yet he worked at his gun range. They go on to state that these payroll checks were deposited into a private account which they allege were used “almost solely for online gambling activities or to pay gambling debts.”

“Our office is committed to rooting out fraud and deception wherever it may occur,” said Attorney General Chris Carr as he announced the indictments on June 30, 2022, “We will continue working with our law enforcement partners to pursue those who steal from the pockets of hardworking Georgians for their own personal gain. We take these allegations very seriously, and we look forward to presenting our case in court.”

The indictments filed also note additional charges including Theft by Conversion and Theft by Taking according to allegations that Carlton Wilson took property and funds intended for Appalachian Gun Range and the operation of that business and converted these to his own use, violating agreements made.

Additionally, the indictments add the charge of tampering with evidence to Cynthia Wilson due to allegedly obstructing the view “of a security camera at Appalachian Gun Range.”

Both Carlton and Cynthia Wilson have entered pleas of “not guilty” according to the indictment records.