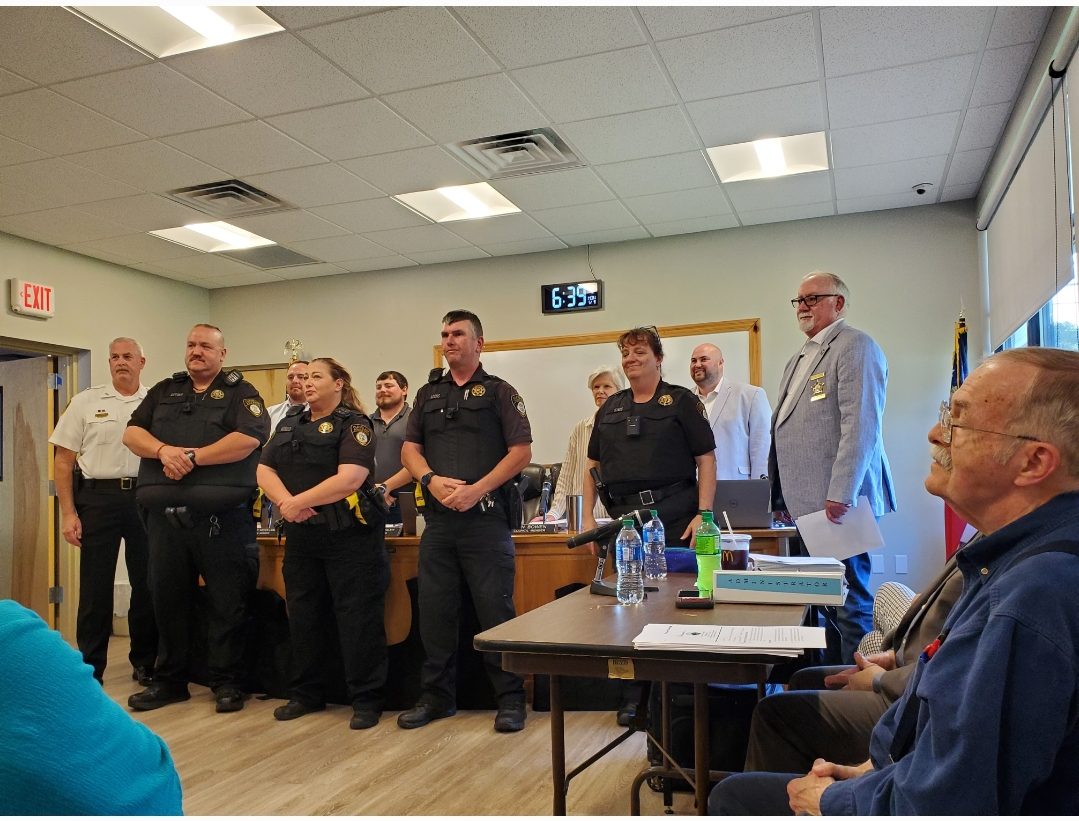 CLEVELAND, Ga.- The Cleveland Police Chief Jeff Shoemaker and the President of The Georiga Fraternal Order of Police Michael Palmer have issued a press release in regards to the donation of ballistic vests to Cleveland P. D. 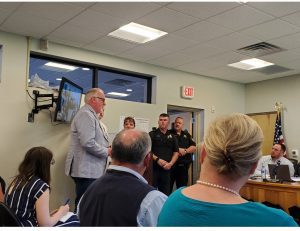 Michael Palmer and Chief Shoemaker and some of the Cleveland P. D. while presenting the information on the vest to the City Council.

The Georgia State Lodge Fraternal Order of Police (FOP) has donated seven Ballistic vests and twelve tourniquets to the Cleveland Police Department as was announced yesterday by the organization. This comes as a direct result of the recommendation from Michael Palmer, President of North Georgia Mountains Lodge #112.

The vests will be used by the Cleveland Police Department Officers to add another level of Officer Protection. The quantity awarded was based on the needs as outlined by the Cleveland Police Chief, Jeff Shoemaker, with subsequent approval from the Georgia State Lodge Vest Committee and Chair. This, combined with vests previously purchased by the CPD outfitted the entire law enforcement personnel for the agency.

“Officer safety is a very important issue to all of us in law enforcement, and the ballistic vests have been proven to save lives and reduce injuries,” stated Palmer.

The Georiga State Lodge FOP represents more than 6,700 officers across this state and is part of this nation’s largest law enforcement organization comprising over 364,000 members. The National Fraternal Order of Police is also committed to improving the profession by offering free college for the member, spouses, children, and grandchildren in 29-plus degree programs.

This education benefit includes an associate’s and/or bachelor’s degree. They also provide other benefits to the members to join in a legal defense plan to provide unlimited legal protection for full administrative, civil, and criminal acts. The goal is to provide continuing job protection standards for the member.

“The Cleveland Police Department strives to provide the highest level of protection to our community and the officers that serve our agency. We are honored as an agency to be chosen to receive these vests which will ensure that every officer has a vest that is up to modern standards and made for the individual officer,” says Shoemaker.

To learn more about the Georgia Fraternal Order of Police please visit https://www.georgiafop.org/.