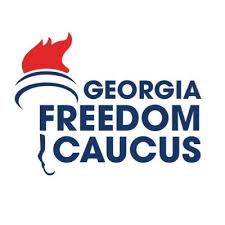 According to its press release, the Freedom Caucus, HB 1013 would: “Massively expand government in the style of ObamaCare; Enable back door gun-grabbing red flag laws and violate civil liberties; Put taxpayers on the hook for billions of dollars; Allow the APA and WHO to define “mental health” as they see fit and recommend treatments that violate the consciences of many Georgians;

Statements From Members Of The Georgia Freedom Caucus:

Representative Charlice Byrd — “This piece of legislation is fatally flawed. We have a duty to not expand the size or role of government, to protect the civil liberties of all Georgians, and to defend the values of our state. I cannot support legislation that is laying the ground work for Stacey Abrams radical agenda, and I am saddened that by my republican colleagues who are blindly going along with this massive government power grab.”