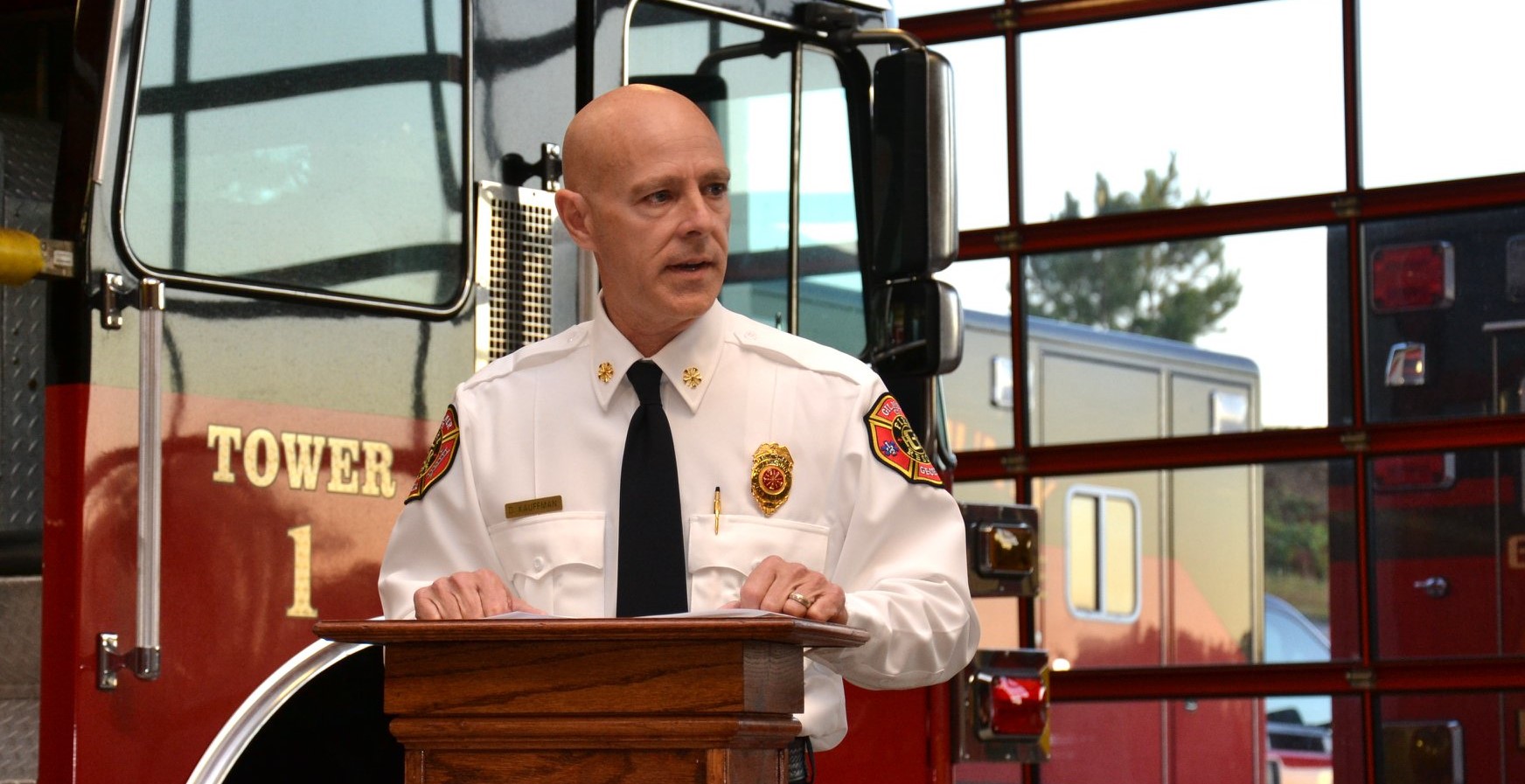 GILMER COUNTY, Ga. – More than just a reversal of words, going from Fire Chief to Chief Fire Officer is an international credential that only chief officers serving at or above the level of battalion chief can achieve. Gilmer Fire Chief Daniel Kauffman, serving at the top level of Gilmer Fire, has joined these ranks this month as he completed the designation process on August 2, 2022.

An international designation, only 1,755 Chief Fire Officers (CFO) exist worldwide, with 66 in the state of Georgia. The program is a part of the Center for Public Safety Excellence (CPSE), a not-for-profit 501(c) (3) corporation that helps high-performing fire departments and emergency services professionals in their efforts to continuously improve.

Kauffman initiated the process with a mind set to self-improvement and career reflection as he set out to achieve this new title committing to both fire and emergency services as well as professional growth through the process’ requirement to create a future development plan. Kauffman said, “It adds credibility to the department, to the position that I am in. I owe it to the commission, I feel, to continue to advance my knowledge and anything that I could bring to the table that would improve the department, improve the county and Fire Department at large.”

Kauffman noted that many offices looking for higher level chiefs and leaders have Chief Fire Officer Designations as preferences for those applying.

According to a statement from the CPSE, “The Designation program is a voluntary program designed to recognize individuals who demonstrate their excellence in seven measured components including experience, education, professional development, professional contributions, association membership, community involvement, and technical competence.” 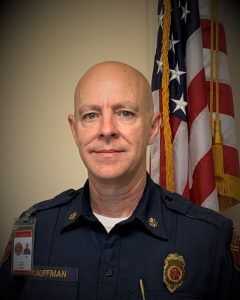 In his own professional development plan, Chief Kauffman included both plans for his own improvement and the county’s fire department like the Company Officer Development Academy, a training process involving over 240 hours of training that goes through Fire Officer 1 state certification and Instructor 1 state certification. He also spoke on partnering with Gilmer Schools to offer training and work programs with them for Gilmer High School to offer Fire Fighter 1 certification and EMT training. As a part of that pathway, Gilmer could hire those students directly after graduating. This offers yet another path to students who may not want to go to college or the military and for those who wish to stay in Gilmer with this as a job ready and waiting for them.

With these as two examples of the work that Kauffman is continuing in Gilmer County, the designation also begins digging into his own history and focusing on strengths and weaknesses as part of that process and peer review that Kauffman said has been a goal over the past two years. Continuing to pursue designations and certificates for himself as well, Kauffman said its not a “selfish thing,” but rather a self-improvement journey that isn’t stopping here. Alongside the three-year renewal process for Chief Fire Officer, Kauffman is already setting his sights on the next path to take. With much of the information gathered already, he doesn’t want to waste any time in pursuing the Georgia Fire Chief Certification.

Kauffman is already preparing to begin the new process and hopes to have it completed by March, 2023. This next certification requires its own point system to even qualify to apply. With much of the information able to transfer from his recent designation for Chief Fire Officer, he hopes to capitalize on his momentum so far.

Continuing that pursuit of improvement and notoriety, Kauffman points again to the county saying that he wants to continue being able to bring more back to the county in terms of his service and knowledge. He stated, “In the position of Fire Chief, if you can meet the qualifications of this or that, I think its important that you put yourself out there and do it.”

Of the 66 CFOs in Georgia that Kauffman joins, most are located in larger organizations in the major cities like the Atlanta area. The closest CFO to Gilmer according to the CPSE website appears to be in Canton, Georgia.

Valid for three years, Kauffman will need to continue maintaining this designation through continued visible growth in professional areas, membership, and community involvement as well as a “strict code of professional conduct.” Though he said he doesn’t have any undertaking the process as of now, Kauffman said it is a designation that he would encourage any of Gilmer’s Battalion Chiefs, Deputy Chief, and any firefighters capable of pursuing other designations in the CPSE.