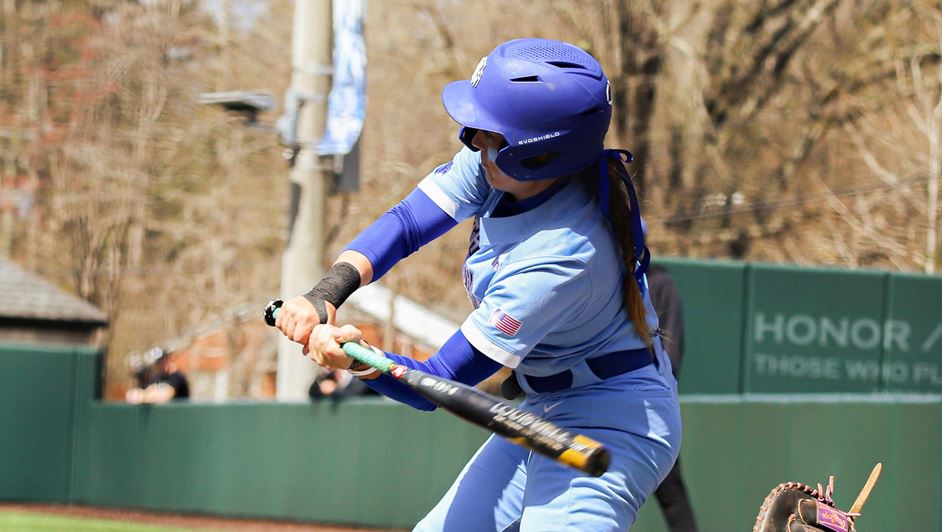 FRANKLIN SPRINGS, Ga. – The No. 16 University of North Georgia softball team lost twice to Emmanuel Wednesday, falling 4-2 and 3-2 in the non-conference doubleheader.

GAME 1 – EC 4, UNG 2
Emmanuel put pressure on North Georgia early, loading up the bases in the bottom of the second and pushing a run across on a fielder’s choice. One inning later, the Lions scored two more on a RBI single up the middle that extended the lead to 3-0.

North Georgia finally got to the scoreboard in the fourth as Madison Simmons homered over the wall in left. UNG then loaded up the bases and pushed across another run to cut the lead to 3-2. Emmanuel answered in the bottom of the inning with a solo homer of their own to get to the final score.

GAME 2 – EC 3, UNG 2
Emmanuel scored all three of their runs in the fifth, putting runs on the board via two RBI singles and a sacrifice fly to take the 3-0 lead.

The Nighthawks answered in the top of the sixth, plating two off a Haley Cummings RBI double, but that was all North Georgia could get as they fell by the 3-2 score.

NOTES
– Emmanuel snapped a 16 game losing streak in the series and won back-to-back games for the first time in the all-time series.

– Cummings and Hannah Forehand were each 3-for-6 in the twinbill.

– North Georgia debuted at No. 3 in the first region rankings released Wednesday afternoon.

NEXT UP
North Georgia will start a five-game homestand to wrap up the regular season on Tuesday as they host Lincoln Memorial for a non-conference doubleheader. First pitch is set for 2 p.m.