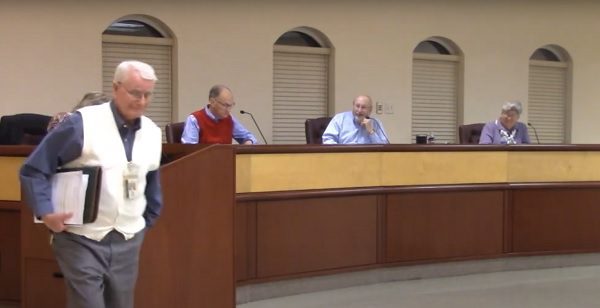 ELLIJAY, Ga. – Since April of 2017, almost five years ago, the Lower Cartecay Road Bridge has been closed. This came due to an inspection deeming the bridge “unsafe.” Since then, Gilmer has pushed for a state project for bridge replacements and achieved it with Lower Cartecay taking the priority place that another bridge in the county held.

Now, a new update from Public Works Director Jim Smith has reported that right of way acquisition was completed in January. Smith went on to add the final field plans could be ready by July. With this update, a major change is coming to Gilmer’s future plans for the bridge.

The acquisition costs were shared between the state and the county at 50 percent each. However, this was the only costs the county incurred with the, originally estimated in 2017, $1.2 million project for replacement. In 2019, an update from the county reported the invoice for right of way acquisition totaled $50,000, which Gilmer paid shortly after receiving. Since then, the state has taken over with an expectation to begin construction in 2025.

Last March, the state also began plans for replacement of bridges on Highway 52 East. This conflicted with the area as Smith said at the time that detour traffic would need Lower Cartecay’s Bridge. Reports at the time suggested that the state might be looking at an earlier state date that could be in 2022. Smith said this month that the state is scheduling Lower Cartecay’s replacement to begin construction this December.

However, construction time, according to Smith, will be 18 months. This means that construction will still not complete until June 2024. Smith also noted that the two bridges on 52 East are tentatively set for 2028, long after the completion of Lower Cartecay to serve as the detour route.

Plans for the bridge are to build a spanning bridge to avoid disturbance of the water with pillars. This plan came after the discovery that the area was home to a rare fish called the Goldline Darter. It is a protected fish in state regulations as a “threatened species of fish.”