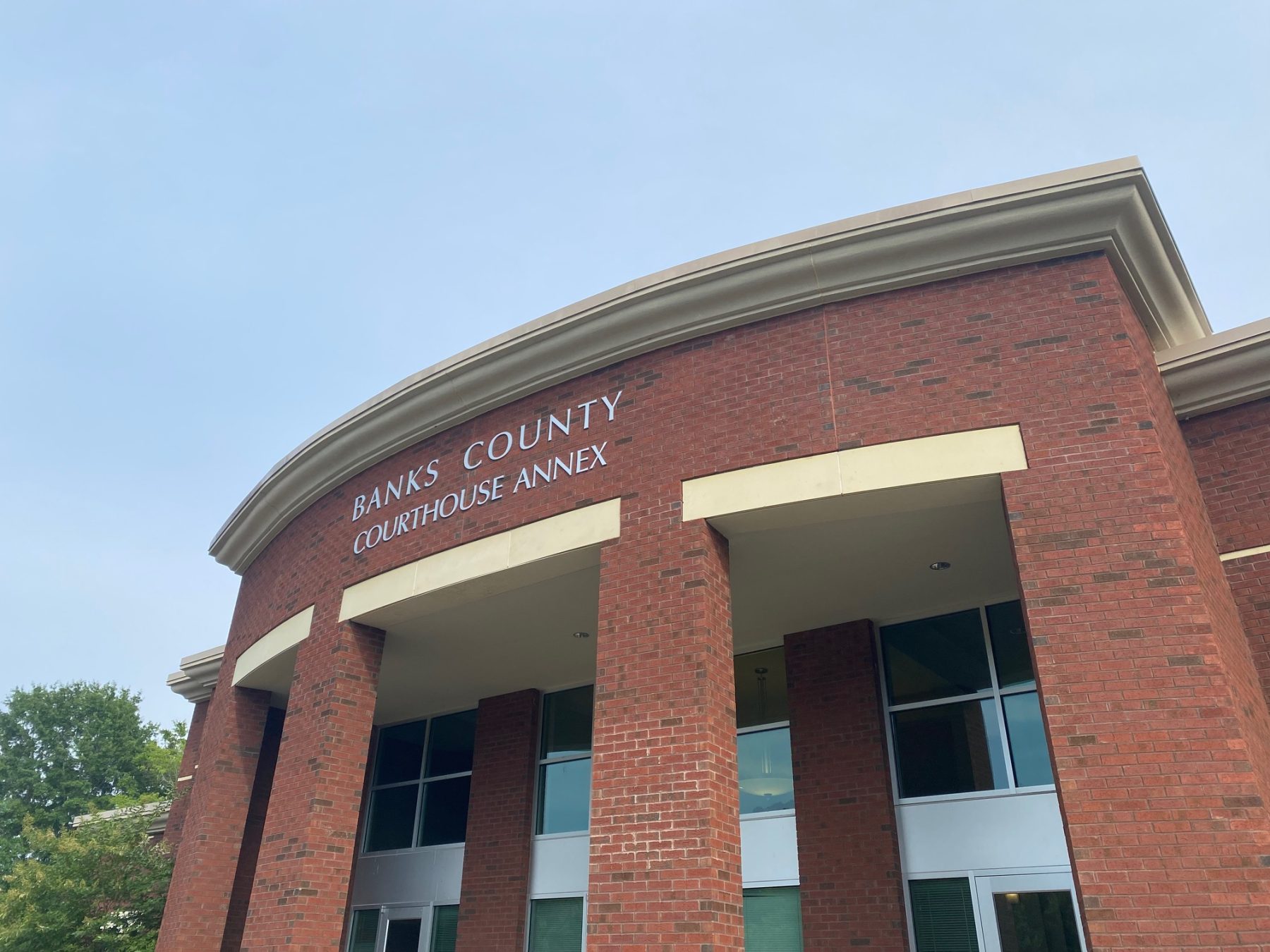 BANKS COUNTY, Ga. – The Banks County Board of Commissioners met Tuesday, June 14 in the Courthouse Annex.  According to the Chairman’s report, there were 305 fire department calls, 2918 sheriff’s department calls, and approximately 18 cases of Covid-19 in the past two weeks.

The meeting quickly shifted, after a couple of nominations to finish incomplete terms, to a topic that’s been covered here.  It seems most of the crowd was present with interest in Planning Board Member Taylor Griffith’s presentation in regards to the ‘Extended Stay’ conditional use application process.  There was a lot of back and forth between Griffith, Code Enforcement Officer Paul Ruark, County Lawyer Randall Frost, and the members of the Board of Commissioners.  As the meeting adjourned, quite a few citizens in the crowd were displeased with the outcome of the meeting.

“Georgia law and Banks County code lay out a very clear process that requires lawful public notice of all zoning procedures brought before the county. For conditional use applications, the public hearing notice is required to say the intended condition use, in this case, it did not.” Griffith said.

He went on to say that the explanation he was given, “was that the inclusion of the word ‘prototype’ on the application meant that it is not an ‘Extended Stay’ development and that Banks County Code was simply a set of guidelines that do not carry the force of law, seemingly implying that it can be disregarded at will.”

He argued that the zoning process was not conducted legally. His handout had five questions on it:

He said he believed all but the last were answered with a yes.

Though the cook-top was a topic of discussion, the prototype was passed with out the removal of them.  After some discussion, Frost came to the conclusion that the conditional use of not advertising as such and because the Commissioners passed it, it does not count as ‘Extended Stay’ in the eyes of the county, a fact which Griffith said he could be contested due to a “one paragraph section” of our code.

Griffith asked about a discrepancy in the paperwork in which one document that went from ‘Extended Stay’ to ‘Not Extended Stay’.

Ruark said that “the document you’re speaking about is the receipt from where the gentleman (Patel) paid for the application to be processed.”

“So our actual application has ‘Extended Stay’ on it?” asked Griffith.

“It has ‘Extended Stay Prototype’ on it,” said Ruark.

Ruark said that arguing over the definition was splitting hairs.

“Why was there an effort to take ‘Extended Stay’ off of this process?” asked Griffith.

“That was a conversation that I carried on with the owner of the application. Mr. Patel called me or I called him once I saw how the verbiage was written on that application and confirmed with him that he was not advertising it as ‘Extended Stay,’ that it was a hotel that was going to provide the amenities and other requirements for a higher-class individual to come in and rent those rooms at a daily rate.  And he knew of our 7-day deadline, the ‘Extended Stay’ policy, and if he violated it, that would have to be addressed with a citation,” said Ruark.

“Okay, but we still have the cook-top and there’s still -”

“Yes sir, because he’s providing the amenities to that hotel, it does not automatically classify it as ‘Extended Stay’,” said Ruark.

“I would absolutely say it does,” said Griffith.

Griffith asked why the code specified about the cook-top, etc. and Ruark argued that the Conditional Use Application is set in place so that the Commissioners can pick and choose how they want to carry that on.

“So now we’re saying that we can disregard code, is that what we’re getting at?” asked Griffith.

“No. We use the code in our process to approve and disapprove these applications.” replied Ruark.

“Is there one, single logical argument that says even though this has a cook-top and says that it is designed for ‘Extended Stay’ travelers, that this is not an ‘Extended Stay’ hotel?” asked Griffith.

“There mere fact that it was not approved as an ‘Extended Stay’ hotel,” said Ruark.

It is unclear whether the whole process has been done to the letter of the law, but the word choices in the code and law will be important to determining whether or not it was.

Also, Griffith claimed his appeal is being held up, while Frost claimed he must have submitted it to the wrong place.

Overall, this was simply a public hearing over the situation and nothing of consequence has happened yet.  The people don’t seem to be happy with how the process unfolded but it seems the County and Commissioners agree the process was met to the extent required by law.  Semantics aside, it is apparent that at least some citizens in Banks County are quite concerned with zoning decisions and are showing up to hold their Commissioners feet to the fire.

Other business, contracts, ordinances, etc. include a Roads and Bridges Department of Corrections Detail Agreement, a Banks County Speed Zone Ordinance, a 2023 roads and bridges SPLOST intergovernmental agreement, and more. You can view the agenda here.

In order to get a full understanding of the topic and make your own determination, it is recommended to watch the meeting yourself.