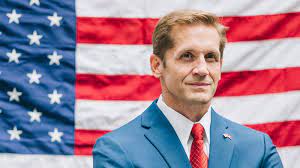 ROSWELL, Ga. — On Friday, May 20, at 7 p.m., 6th District U.S. Congressional candidate Dr. Rich McCormick will host a viewing of 2000 Mules at  the Aurora Cineplex, 5100 Commerce Parkway in Roswell.
Directed by Dinesh D’Souza is the most successful political documentary in a decade, having grossed more than $10 million in revenue.
The film has taken something that many people suspected from the November 2020 elections, and provided proof of illegal ballot harvesting, both in geo-targeting of cell phone data, and in actual video surveillance of the many unmanned ballot boxes in the five key battleground states.
An army of left-wing so-called fact-checkers have descended on the movie in an unsuccessful attempt to squash its credibility.
RSVP: [email protected] or 678-602-0720