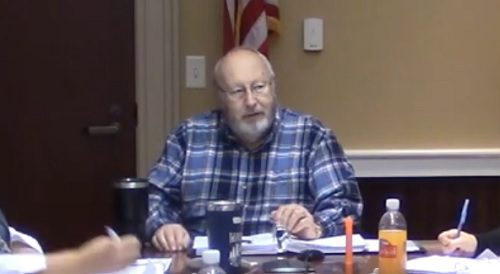 GILMER COUNTY, Ga. – After last weeks special called meeting, Gilmer’s Board of Commissioners have been preparing to revisit the Joint Comprehensive Plan to aid in steering the county into the future. A part of that revisit, and a supporting vote in its approval, was Chairman Charlie Paris.

Over the weekend, BOC Chairman Charlie Paris took to social media in a post defending himself from attacks that he states have bashed him for supporting a revisit to the plan. In the post, Paris speaks about a consistent statement from both sides of the housing and density debate in the county. The statement being to follow the Joint Comprehensive Plan.

When asked about the revisit and the reasons for him speaking out with a post delving into the plan, his thoughts, and his defense of his support, Paris said that the plan is not properly up to date considering the changes the county has seen over the last few years and specifically the last year. He agreed that part of the changes could be attributed to COVID and people wanting to leave the city but said that his main focus is that the county has done well with local developers in the past as they built for people and have served the county’s desires without aggressively pushing out massive developments in random locations. 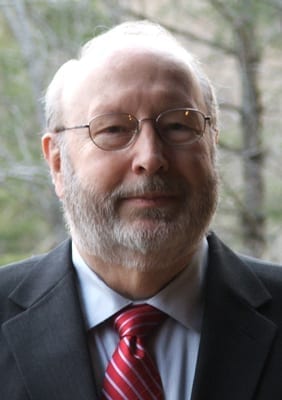 Paris said in an interview that he feels local developers “have skin in the game.” These developers work here in the area, but they also live here. As opposed to some of the major developers from Atlanta or other major cities who have “discovered Gilmer County.” In his phrase saying they have discovered us, Paris noted that these major companies will come in and buy massive swaths of land and develop them to make their fortune and then leave with no concern over the impact or the state of the community.

Specifically noting in his post, Paris said, “I am not anti-growth, but I do, very much, want Gilmer to maintain the rural and agricultural nature that is our lifestyle and our quality of life.”

Additionally, he noted that the Board of Commissioners cannot even stop all forms of development. If a company buys an R1 plot of land and builds on it according to zone regulations, the Board will never see it on the agenda. The only way they see it is if a zoning change is required.

Now the plan has some guidelines in a general sense and some percentages apply, whether it is that 50 percent of the county should be R1 or maybe that zonings above R2 should be restricted to at 15 percent or 20 percent limit. Increasing Residential zoning generally mean higher density. These hypotheticals are some of the specificity that could be added with the revisit.

In their time with the current moratorium, the indications the board gave was to use the time to work with DCA (Department of Community Affairs, a branch of the Northwest Georgia Regional Commission) to study and address certain issues. Even they have spoken to the Joint Comprehensive Plan and advised the county to use it. Arriving at several issues, the county has been advised by citizens, authorities, and builders to follow the plan.

Paris went on to tell FYN that he understands growth is coming and it cannot be stopped. But instead of opening the gates, he feels their is strategy and protections that the county can employ. He went on to note that this is why he pushed to have no commissioners involved in the planning process. He stated, “What I want is for the people of Gilmer County to be the ones to decide our future more so than the three-person commission. That’s what the comprehensive plan is all about. We’ll have very little to do with the actual creation of another plan.”

Paris said that yes, the commissioners do have to be involved in the end result as they approve and deliver the plan. Yet, he reiterated that he wants the people telling the commissioners how they want the county run, he doesn’t want himself or the board to tell the people what they want. 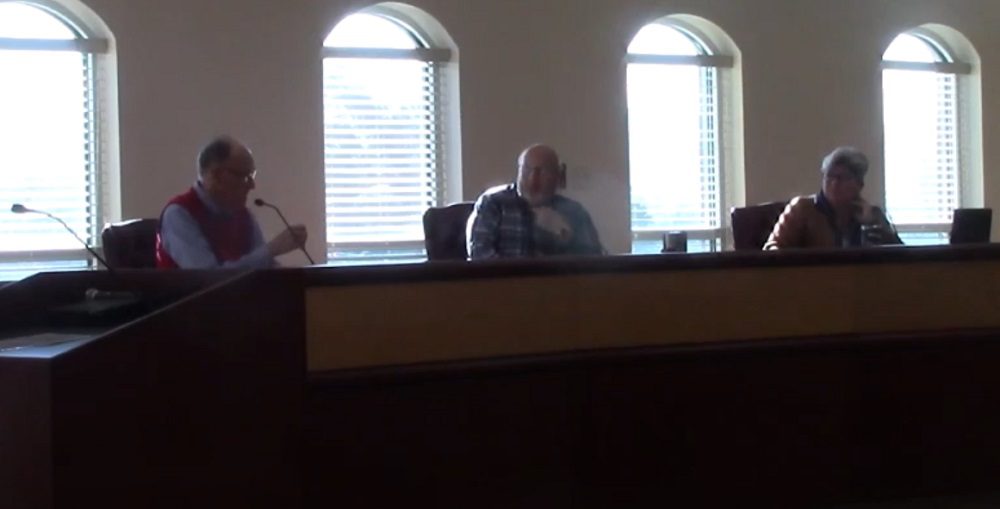 Gilmer’s Board of Commissioners discuss the Joint Comprehensive Plan in a Special Called Meeting in late November 2021.

In his post, he noted that the best he hopes for is to control or manage the growth that is coming.

In past meetings over the last several months, one area has consistently been on the chairman’s lips as a no-go for continued developments. Yukon Road and Clear Creek are in a critical situation that the chairman has described as “full up.” Yet, even these areas have developments being built. The chairman opposed that idea that its too late for Yukon Road, instead saying that it is a prime example of a part of the county that is in need of protection.

But protection from what?

Paris told FYN that growth isn’t an issue that is just limited to people’s comfort, their rurality, or their view. He affirmed that these are major parts of the issue but that people have not been speaking on how expensive this growth will be. Paris referred to the county’s roads that he asserts have been improving but still need care and attention.

Yukon Road has to be widened into a three or four lane road if the developments continue unabated.

However, Paris reached further saying that areas like Yukon could be overdeveloped to the point that they may need their own or an additional fire station, the Sheriff will need to increase his staff to support the higher population, the school system will need more teachers to support more kids from more families, the cities will also have to deal with more traffic and the impact on congested intersections, and all of this in a time when most of these county departments are not even at full staff now and are not funded to the point that the commissioners would like.

These entities are also a part of the impact of this growth, and the cities who feel that impact are a part of the comprehensive plan as well and are consulted. While the county is initiating a revisit and has stepped the commissioners back to focus on citizens, the plan involves the cities and their  municipalities as well.

When asked about one plan to locate the higher density developments like subdivisions and apartment buildings inside the city limits, Paris said that he felt that was a major effect on the cities and he would not speak for them. He said he liked the idea, but also noted that many people come to our county to avoid living in a city or super dense area. But noting the needs for affordable housing and workforce housing, said he wouldn’t oppose the idea.

Considering the comprehensive plan as a “guidepost” as Paris called it in the county’s special called meeting, he agreed with the statement that six to eight years ago, this document was a checkbox that the county filed away for state requirements and didn’t really use. He said this was because the county was a very different place at that time and the commissioners understood the county’s desires as the growth was coming slowly.

However, “We are a desirable place to be,” said Paris as he noted the documents growth in importance to its current standing as the guidepost of the county. Paris spoke of how the county has changed over its years as he said he also saw how Cobb used to be decades ago. Watching the density grow and city life increase, he said he didn’t want that.

Paris said in his post that he sees the general opinion that all growth is bad and anyone who supports growth as an enemy to be gotten rid of. While he hopes to limit that growth, whether the limitations come in the form of numbers or in the form of restricted locations, Paris said, “I can’t stop it. But with the help of at least one additional post commissioner, I can manage it.”

Paris said, “I don’t want to see what happened to Cobb and Cherokee and Paulding happen to Gilmer. I live here, too… I want to wake up and hear the birds. I don’t want to hear buses or any of that kind of thing. I want a rural lifestyle.”

Hear more with the Commissioner’s Special Called Meeting from November 30, 2021.