Blue Ridge, Ga. – In a split vote ultimately decided by the Mayor, Blue Ridge City Council went on record with a censure of Council Member Nathan Fitts for continuous inappropriate conduct leading to council’s inability to perform their duties.

While not on the agenda, Fitts asked at the beginning of the meeting to be heard before Council Member Mike Panter presented his case for the censure. Panter agreed to Fitts speaking.

Fitts read a letter from his personal attorney, also former Blue Ridge City Attorney, David Syfan. This letter laid out that beyond the censure not being handled in a proper legal manner, it is also a violation of Fitts constitutional rights since it attempts to void Fitts of his First Amendment right to freedom of speech. 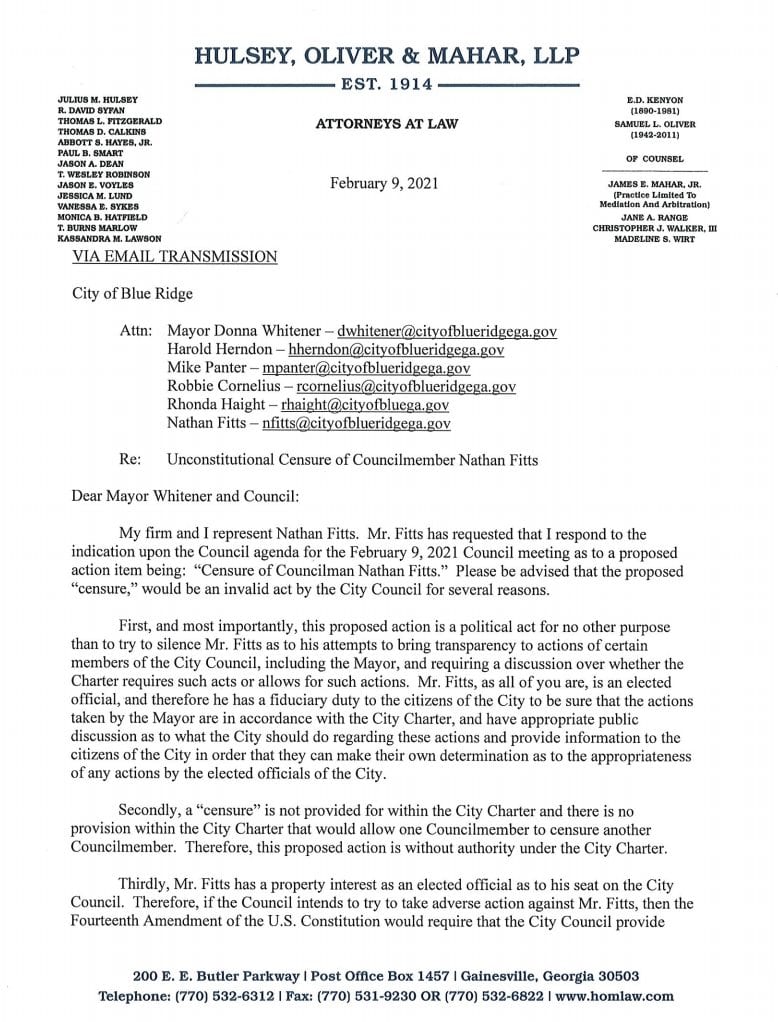 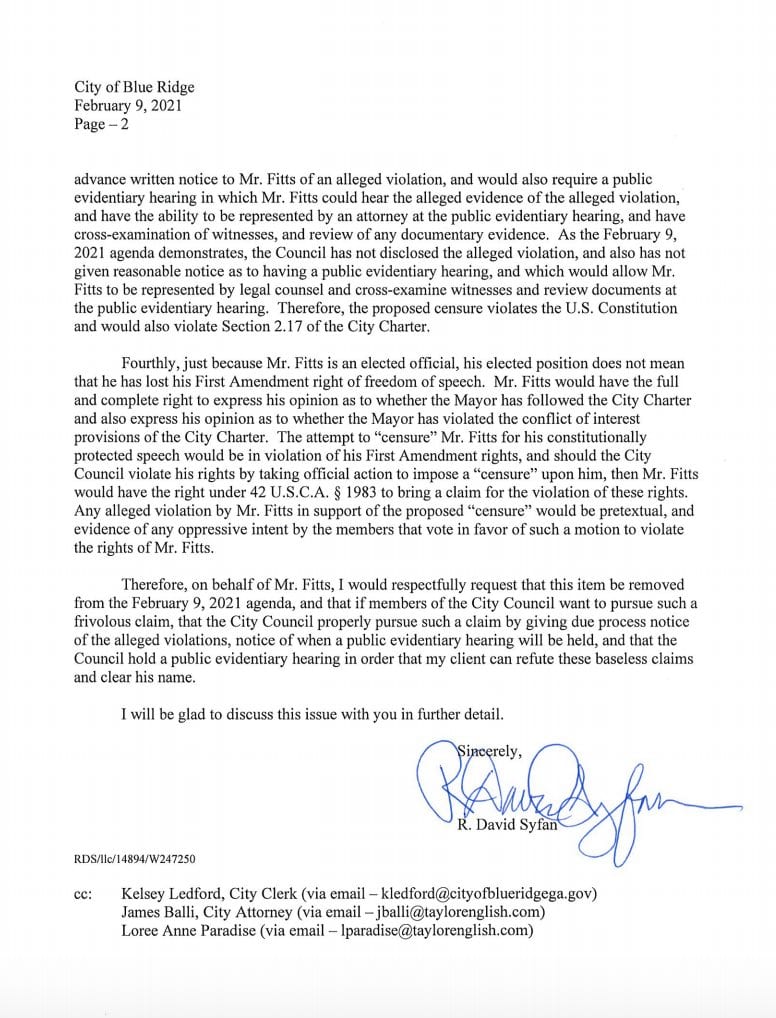 “By bringing violations out in public meetings it compromises his (Panter) and the Mayor’s re-election plans,” Fitts said of the proposed censure and added, “I am very disappointed in every council member that sits back and covers up these violations.”

Fitts accused Panter of caring more about alliances and personal gain than doing his elected duty to the citizens of Blue Ridge and specifically pointed to the recent sale of private property by Mayor Donna Whitener calling the censure a “blatant attempt to cover up for the mayor”.

When Fitts concluded, Council Member Mike Panter read a letter from current City Attorney James Balli. Balli stated that if the censure “does not impose any punishment or attempt to take any official action to reduce one’s elected authority” then it could be voted upon without an evidentiary hearing.

“I would prefer executive session if that were possible, however, with multiple conversations with legal counsel the only way to approach this matter is that censure of Nathan Fitts be included on the agenda and presented publicly,” Panter spoke of his decision to bring the item forward. 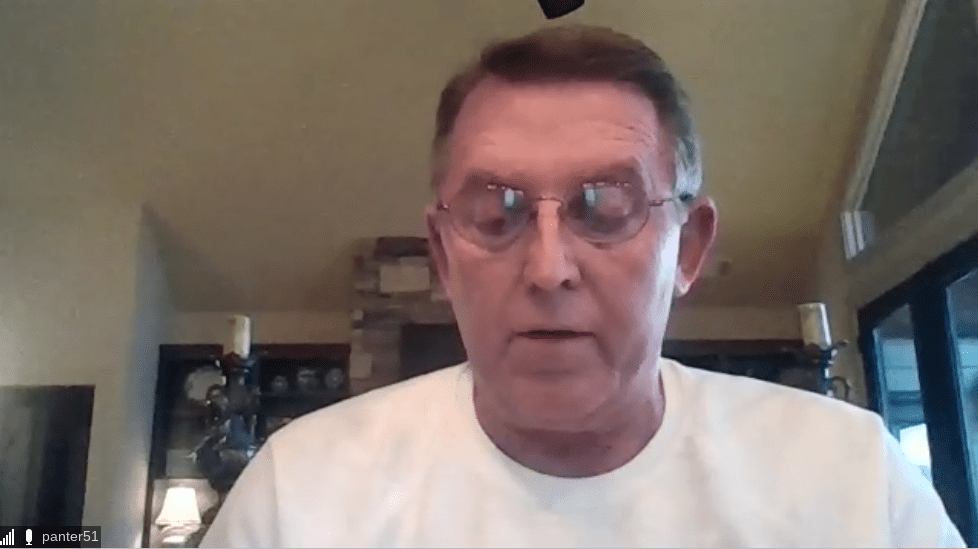 Panter stated that throughout his life and career he has sat on numerous boards and has worked with various organizations and had never experienced behavior like that demonstrated by fellow Council Member Fitts.

Panter added that he had witnessed and had been told of multiple situations regarding Fitts’s conduct toward City employees and the general public. According to Panter there have been “outbursts, personal attacks and unprofessional behavior” all of which is unacceptable and makes doing daily jobs impossible.

Council Member Rhonda Haight pointed out that Panter is also pushing a policy that states any Council Member who receives two censures may be removed, effectively meaning that the current censure could in fact hold punishment against Fitts.

Haight stated that according to the City Charter and the proposed policy by Panter, this censure should have an evidentiary hearing.

Panter interrupted Haight several times as she questioned his process. Finally Haight pointed out to Panter, “You are being rude right now and that is what you are trying to say that Nathan is doing but you’re being rude to me.”

Haight also said that she spoke to several City employees regarding the accusations made against Fitts and there was an overwhelming consensus among them that they wanted no part in the process.

Panter made the motion to censure Fitts on the grounds of “continuous inappropriate conduct, unfounded accusations and the creation of a hostile work environment for the employees, council members and the mayor of the City of Blue Ridge”, with Council Member Robbie Cornelius giving a second to move forward with a vote.

Council Members Harold Herndon and Haight voted against the censure, while Panter and Cornelius voted in favor.

With Fitts being unable to vote, this left the tie breaking decision up to Mayor Whitener, to which she voted in favor of the censure.

After Whitener’s vote, Fitts immediately stated of her vote: “which is a conflict of interest”.

Whitener questioned what conflict of interest Fitts felt she had. He simply replied, “because you put him (Panter) up to it.”